Runaway: A Twist of Fate review posted at Adventure Gamers 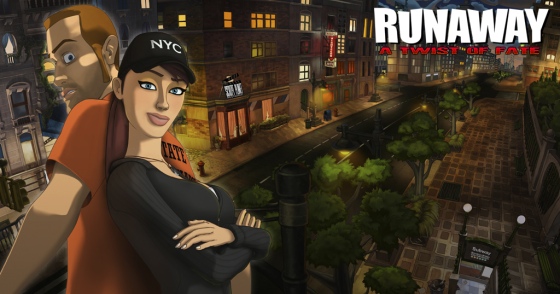 This morning Adventure Gamers posted my review of Runaway: A Twist of Fate, the third game in the Runaway series. While I was working at Telltale I stayed away from reviewing PC games to avoid a conflict of interest, so this is my first PC review in quite a while. My first draft went into a bit too much gritty technical detail about graphics and 2D vs. 3D and all sorts of other things that the average person doesn’t care about. Re-learning to review PC games after leaving a game development company is kind of like re-learning to speak after a massive head trauma.

I really enjoyed this game in spite of a few flaws, and I recommend it to anyone who’s looking for a new adventure game to play. (Especially now that Tales of Monkey Island has wrapped up, eh?) It’s currently only available for PC download, but is also supposed to be coming out in a retail version as well as for Wii and DS in the nearish future.

I’ve been stumbled… upon