I started cross stitching a rug for the Victorianna’s nursery in July and finally finished it this week. It shouldn’t have taken that long, but I’ve been working on a life-sized cross stitch project and have only been squeezing in a couple of evenings a month on the rug. 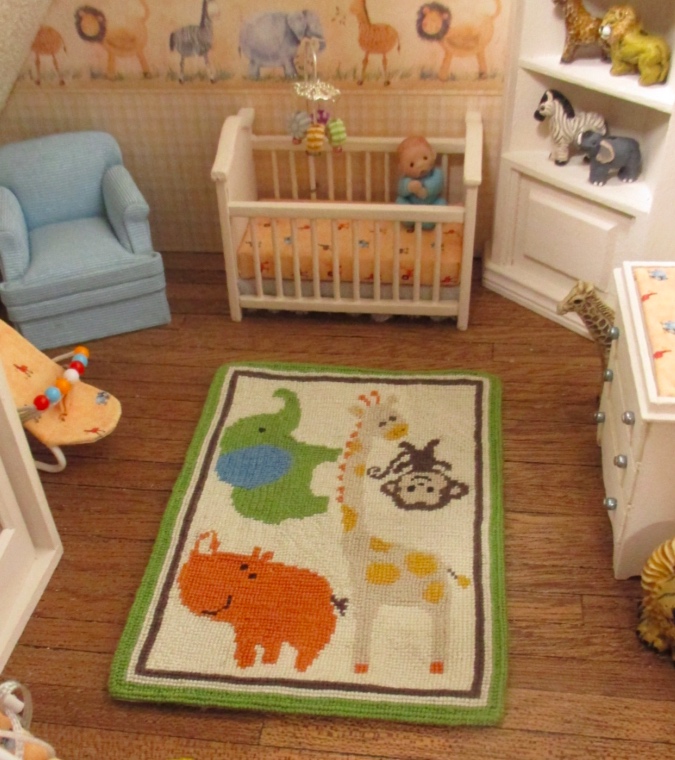 I adapted this pattern from a real rug I found online. I’m pretty sure I found it on Wayfair at the time, but I didn’t save the link and it’s not there anymore. (Maybe it’s recently been discontinued?) I think its official name is the Carter’s Wildlife Rug, but it may just be the Wildlife Rug and Carter’s is the manufacturer. Here it is on Amazon. 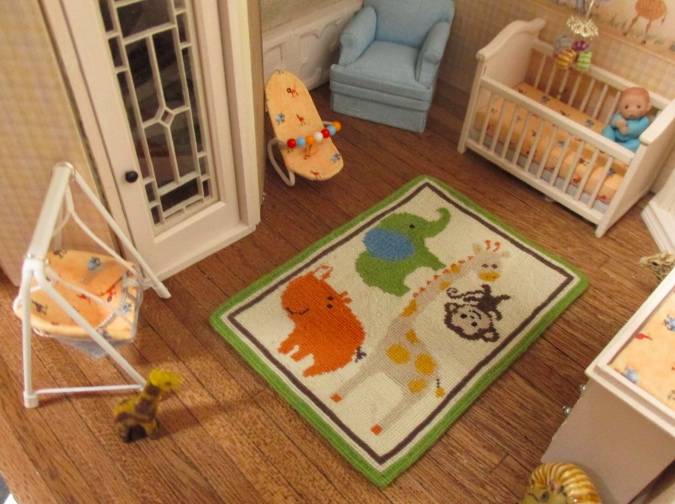 If you’d like to stitch this rug for your own miniature nursery, I’ve posted my chart for personal use: Jungle Animal Rug chart

Another recent nursery project involved making knee walls for the areas next to the tower room. These are resin embellishments I originally bought to use on the bay windows, that turned out to be too big for that purpose. I glued scrap wood to the backs to make them stand up and provide a surface for gluing.

Before gluing these in, I wallpapered the outside of the tower room. 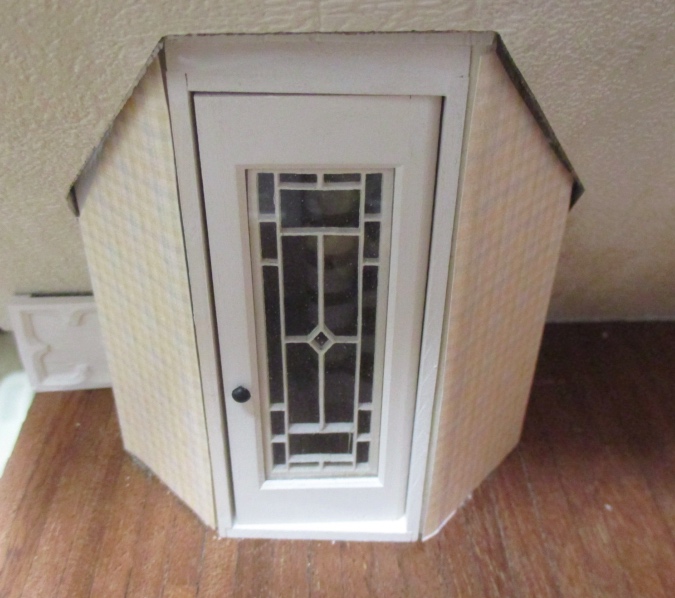 Between the angle and the chair you can barely see the knee wall back there, but it looks better than the sloped roof going all the way to the floor. 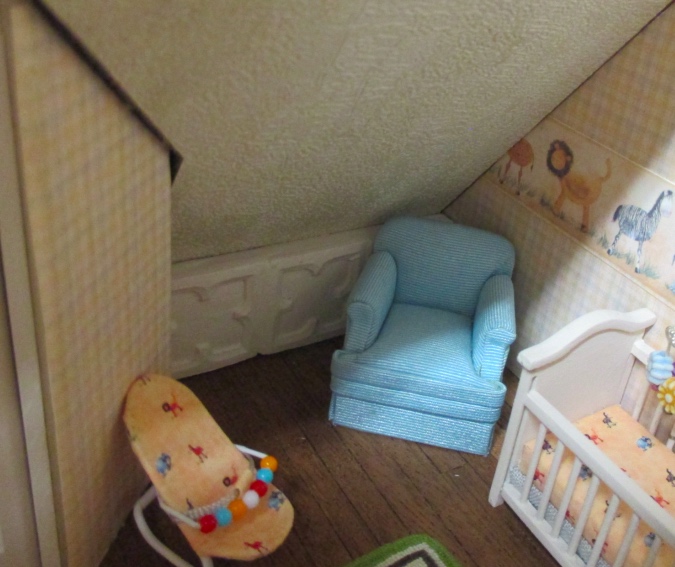 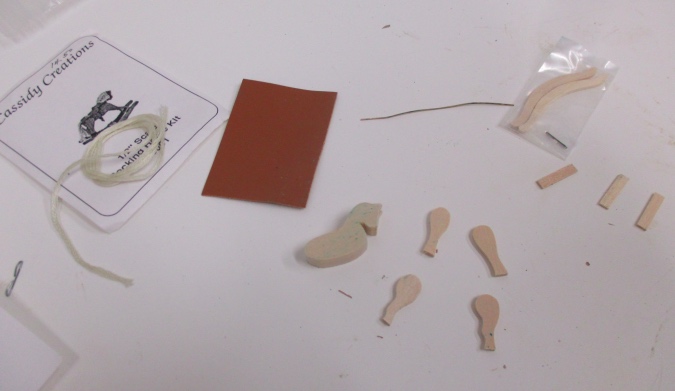 Pop quiz: are zebras white with black stripes, or black with white stripes? I started thinking about it and I realized I had no idea. (I’m sure you’re thinking to yourself, that’s dumb, how could she not know that? Well, do you know? Are you sure about that??)

Turns out zebras are black with white stripes, so I started by painting the pieces black. I didn’t trust myself to neatly paint the stripes, so I added them by painting over a piece of embroidery floss and then pressing the floss against the wood. 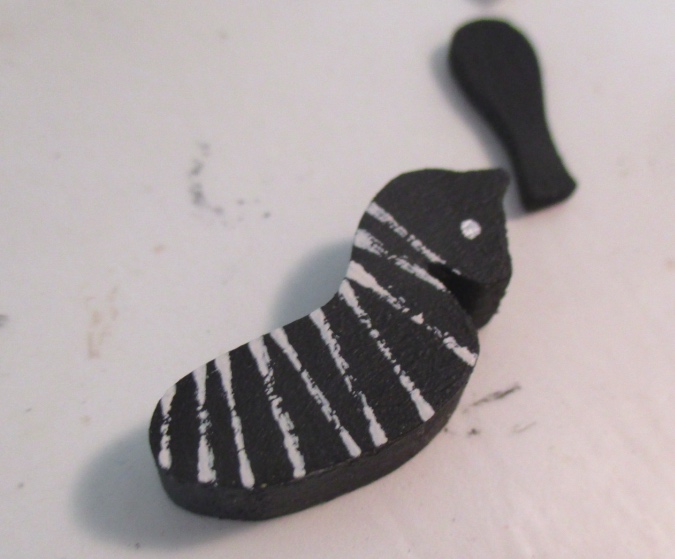 Those looked too skinny, so next I used a small paintbrush to go over the lines. I think it helped to have the thread lines there as a guide, but that might be my imagination. 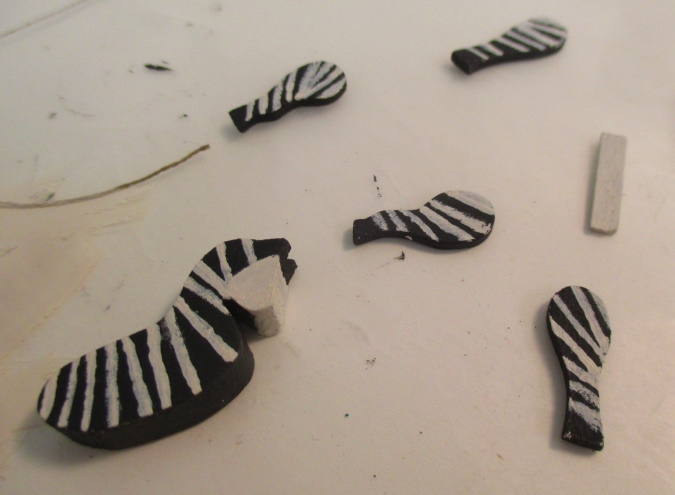 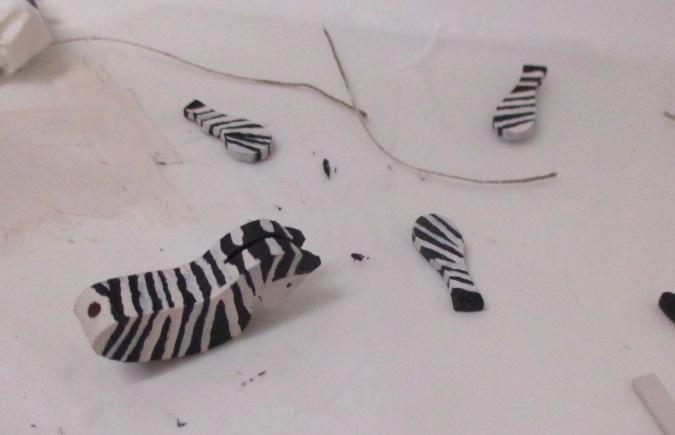 The kit came with a piece of off-white 6-strand floss. I separated out the strands and mixed in strands of black. 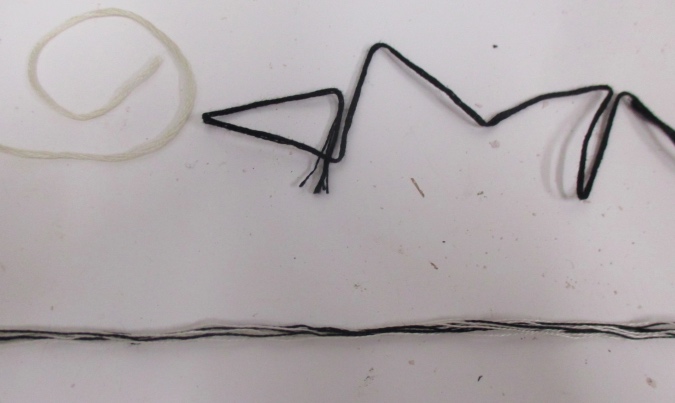 The zebra stuck his hoof in a power outlet! 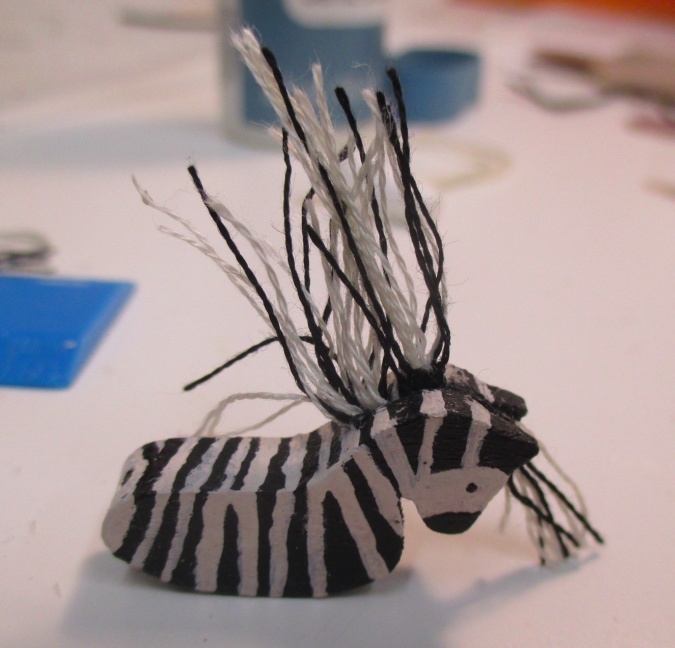 The rocking horse instructions called for a floppy mane about 3/4″ long, but zebras’ manes are a lot shorter than horses’, so I cropped it close. The tail would be more accurate if I braided the threads together for about half of the length, but I thought that would look weird and decided to leave it horse-like. 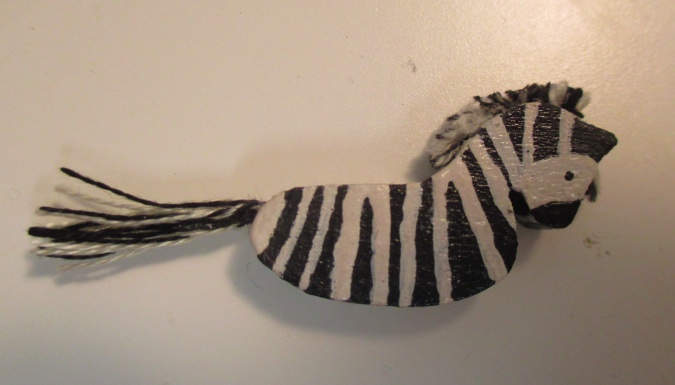 Instead I glued on the legs, using the rocker as a guide to estimate what angle they needed to be at. Next I glued the supports to the feet. Then, resting the zebra on its side, I glued one of the rockers to these two supports. 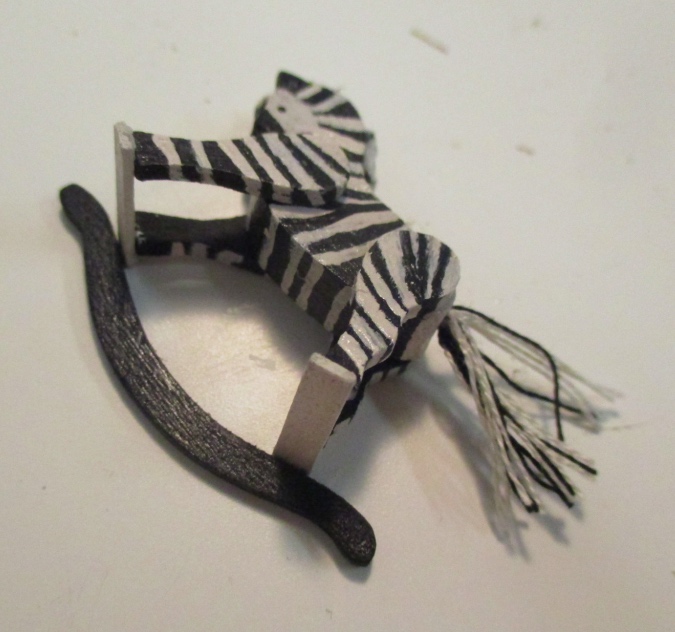 I flipped over the zebra to glue the other rocker to the other end of the supports, and then stood it up and glued in the center support. It’s slightly top-heavy, but it’ll do. 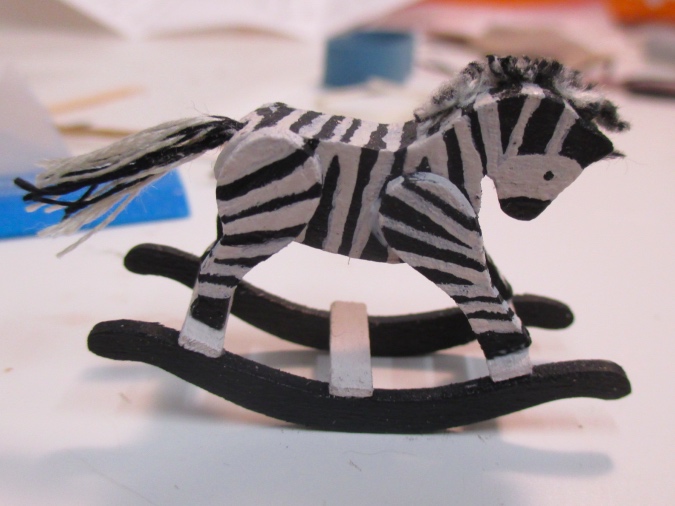 Here’s the rocking zebra in his natural habitat. There’s a bit of trim left to do in here but with these additions, this room is basically finished. Horray for progress! 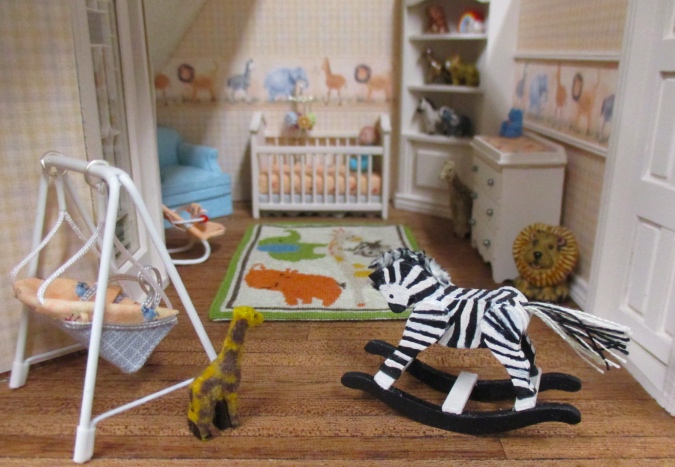