As promised (two weeks ago), here are some pictures of Rosy’s vacation at Irish Beach. Geoff and I were there too, but she had the most fun out of all of us. 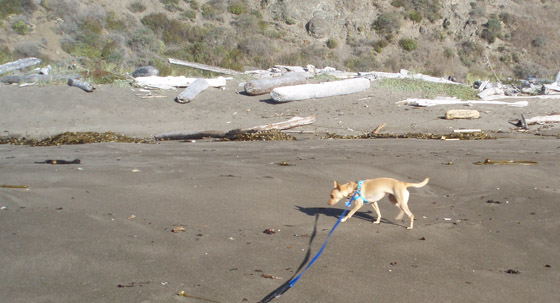 Exploring the beach on her 30-foot long lead. We also used this opportunity to practice coming when called, and she did surprisingly well. I guess those Humane Society classes are paying off!

One of the beaches we visited had an obscene amount of kelp washed up on shore. Thankfully Rosy didn’t try to eat it. Crustaceans, they’re another story…

Digging under driftwood, moments before erupting into the crazy dance. 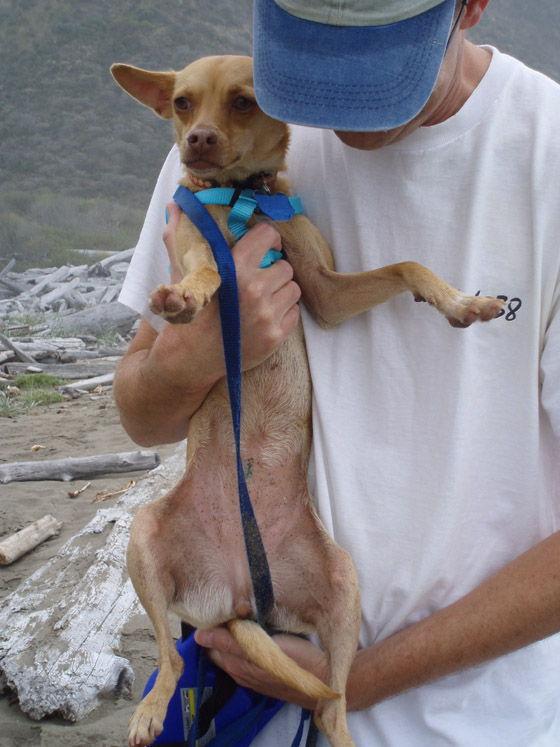 Her hairless tummy, covered in sand. (I love the look on her face in this picture… oh, the indignity!) 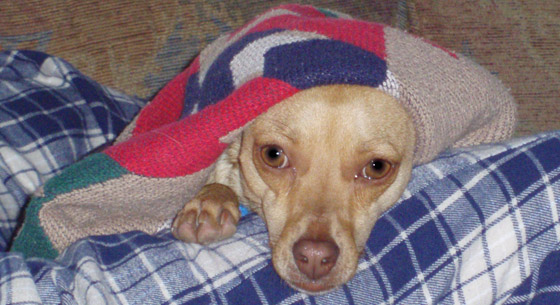 Our frequent beach trips were interspersed with plenty of lounging around. Worn out from playing in the sand, Rosy was very tolerant of being forced to pose for cute pictures. 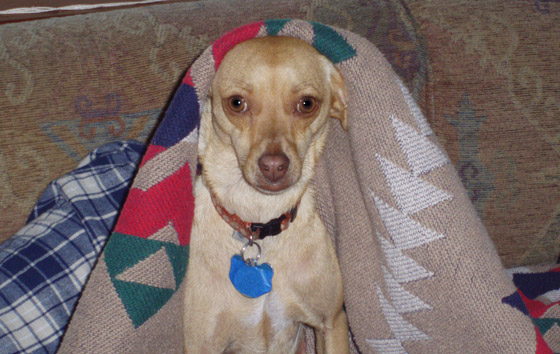 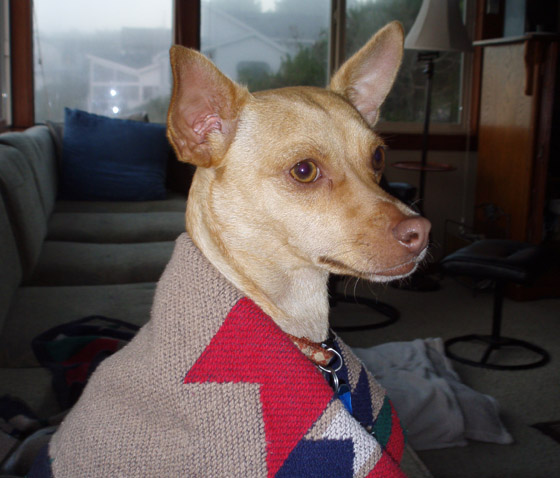 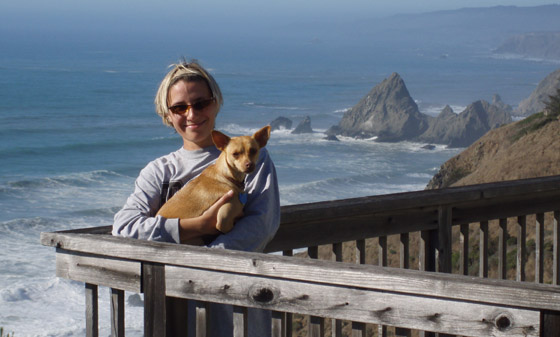 She also seemed relatively un-freaked-out about the fact that the house we stayed in was perched on a cliff. I worried that she might squeeze through the balustrades and plunge to her death, but apparently she’s smarter than that.

*I wanted to call this post “Bitch on the Beach.” But that just seems so wrong.

The Guys from Texas workshop: Cypress and Fog