With the base finished, the next step in Rosedale landscaping was gluing down the patio. I don’t attach my houses to the base permanently, but I do glue down the landscaping elements, so I had to measure carefully and make sure the patio was properly centered.

When I first pulled out these flagstones, I intended to create a rectangular courtyard in front of the house. My dad and I spent a long time playing around with the various pieces (15 sets of a square, a long rectangle, and a short rectangle) to try to come up with a good pattern. Here were some of the contenders.

Initially I really liked the idea of using all the pieces, with a walkway on the left and a patio area on the right, but also needed to figure out what to do with the topiary planters. I was going to place one one each side of the walkway but my dad thought it was weird to have one topiary on the patio and one in the grass.

He suggested keeping the walkway on the left and using fewer flagstones on the right to make a smaller patio area on the right, so the topiaries would be on the grass, just behind the fence posts, on either side. I resisted it at first but after playing around a bit more I decided he was right. The benefit of this is that we now had more flagstones to play with, and came up with cleaner patterns for both the walkway and the patio. 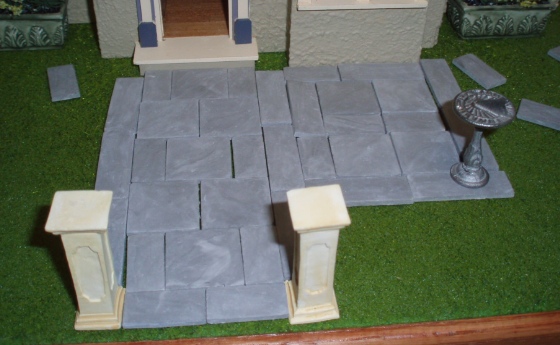 I started gluing from the front of the walkway and worked my way back toward the house. The black splotches are where I cleaned up glue with water — they went away as the water dried. 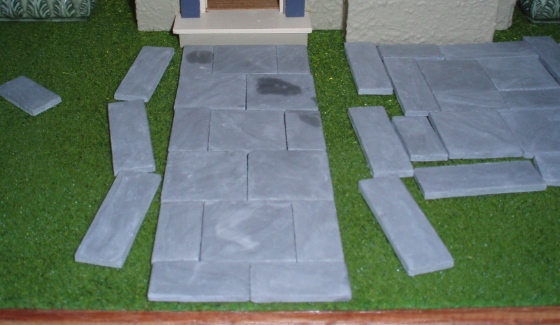 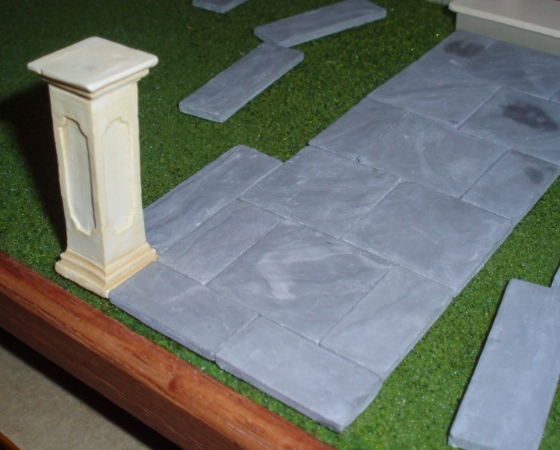 Three spots up against the house needed stones cut to fit. Luckily I now had plenty of extras to play around with. 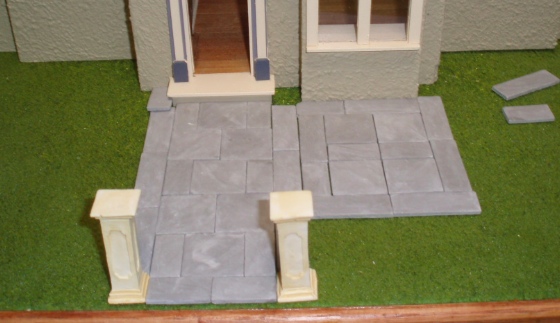 These aren’t real stone, but some sort of plaster cast to look like stone. I was easily able to shave off part of it using the band sander. 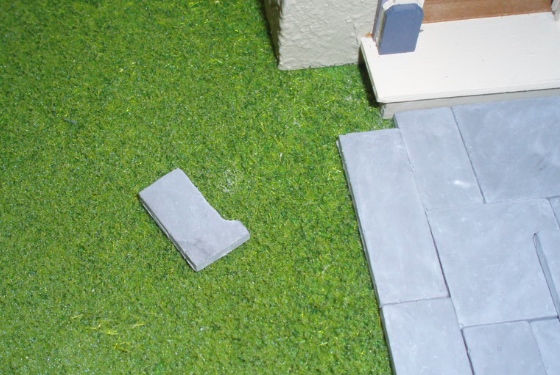 The piece to the right of the stairs was most complicated, but I managed to get it right on the first try. I now have several rectangular flagstones left over that I can hold onto for another project. 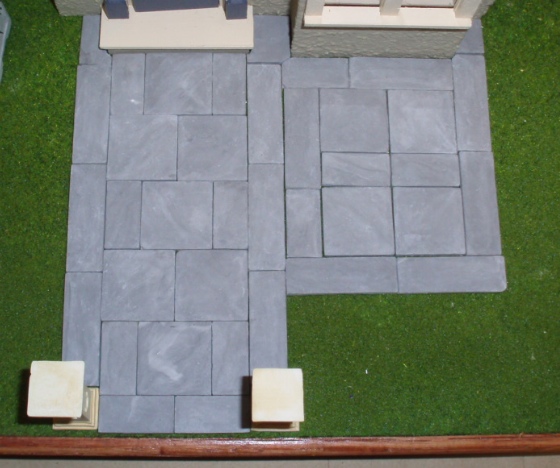 Here it is with the topiaries in place. I’m happy with how it turned out… don’t regret getting rid of the front part of the patio at all. I’m also waiting for a stone bench to show up from eBay, which will sit under the window. 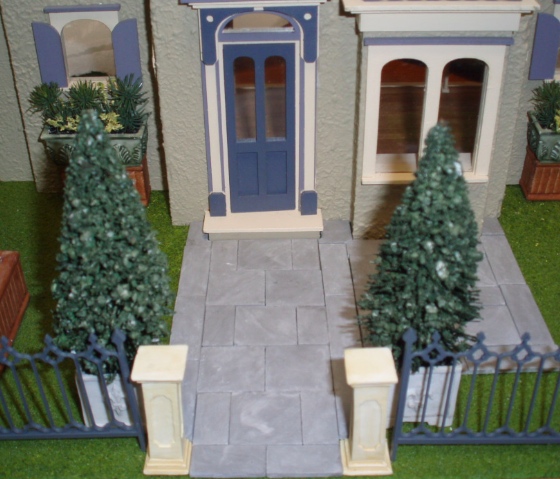 So far the patio is the only thing affixed to the base. I’m planning to paint the posts gray to match before gluing them on and adding the fence.

Coming up next… plants and planters!

Rosedale landscaping – making the base