Everybody must get stoned!

(Not that kind of stoned. If a Google search brought you here, my apologies.)

When I made the front steps for the Gull Bay, I impulsively made the stairs brick and painted the treads the color of the house, thinking “there must be stairs like this in real life, right?” I should have done some research first, because it appears that brick stairs with wood, house-colored treads don’t really exist in real life. 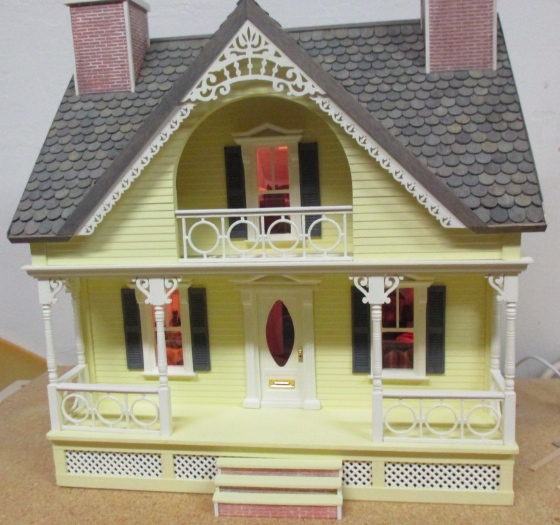 My dad suggested that the treads could be stone instead, and I started thinking about how I could do that without destroying what I’d already built.

I started by masking off the brick so it wouldn’t get messed up. Then I spread watered-down wood filler over the treads, as you can see on the top step in the photo below. I used my finger and a piece of egg carton to give the wood filler a rough texture.

Next I painted a base coat of gray. (On the left is a planter for the Rosedale that I painted at the same time.)

When the base coat dried, I did my usual “fake stone” painting technique, splatting on different shades of gray with a dry brush. I included a dark blue/gray slate color that’s similar to the Gull Bay’s stained shingles and shutters. 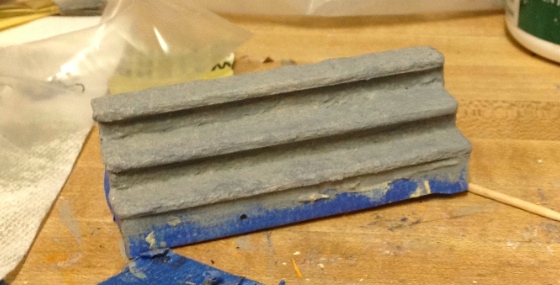 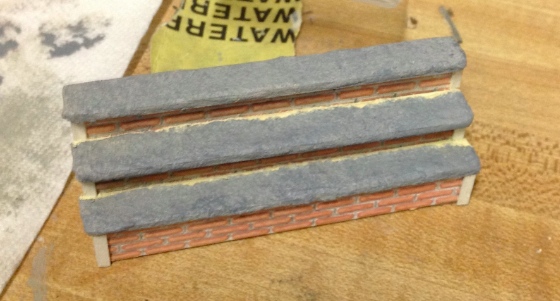 I used a chisel brush to carefully paint over the bare spots with the gray base coat, and then splatted on my shades of gray again, using a small brush so as not to get paint all over the bricks. Finally, I covered the treads with a coat of matte varnish. 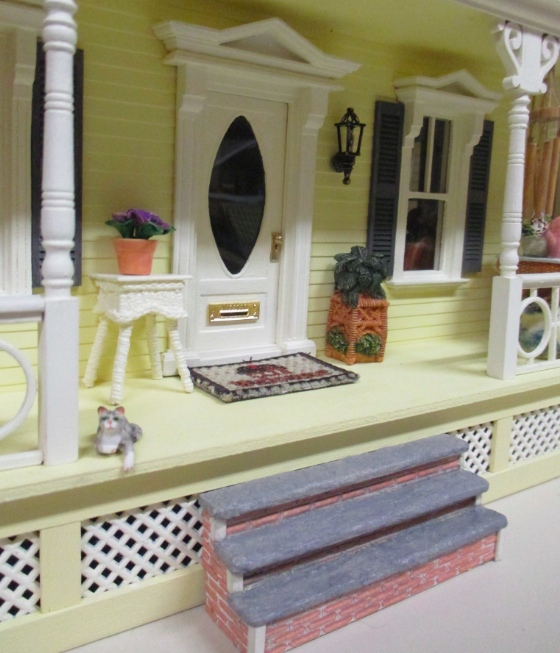 I’ve also been adding bits and pieces to the front porch to give it a lived-in, cottage-near-the-beach look. I salvaged the porch light from the one that broke off the front of my Queen Anne Rowhouse. I inserted what remained of the lamp’s stem into a bronze-colored bead to form a new base, then sanded off some of the black on the lamp so it would match the bead better. The lamp isn’t electrified but it looked weird without a bulb, so I put one in. 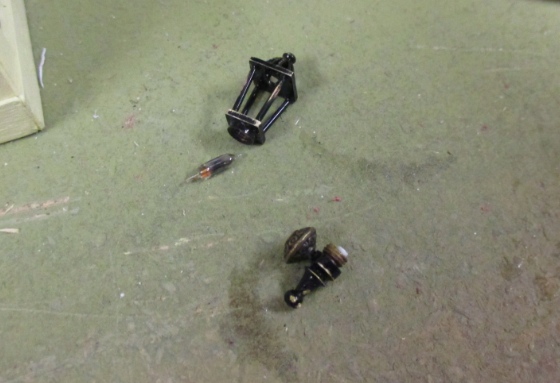 I bought these wind chimes many years ago at the Good Sam show intending to use them on my Orchid, which I no longer own. They’re a tad large but wind chimes can be any size, after all… 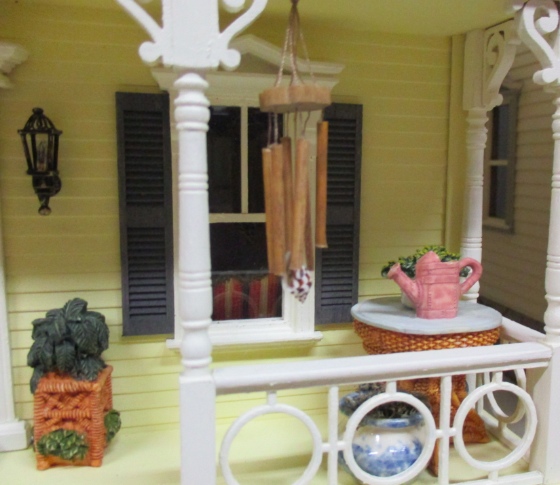 The white table by the door is made from a Quicker Wicker kit. I posted about my first experience with these kits here. This one was about the same, sort of frustrating but also fairly quick and simple. The welcome mat came from this year’s half scale swap. 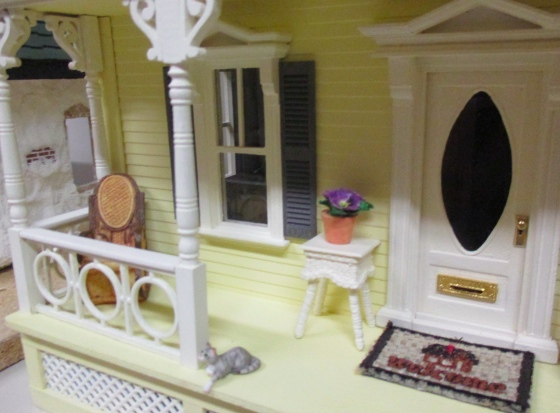 I think I’ll add a house number above the white table, to balance out the coach light on the other side of the door. Also maybe a hanging plant or two. Any other ideas? 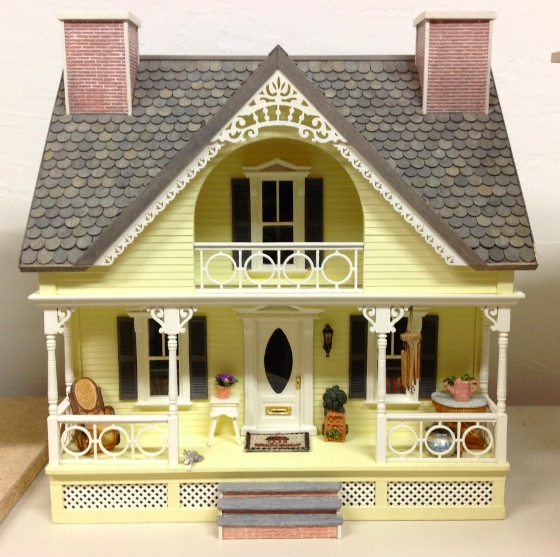 Half scale spiral staircase made from a wooden fan