This is a 1:12 house I started a looooong time ago as part of a Greenleaf community build. I never really intended to keep it and every Christmas I thought of finishing up so I could donate it to charity or find someone to give it to as a gift, but laziness got the better of me and I just never finished it. 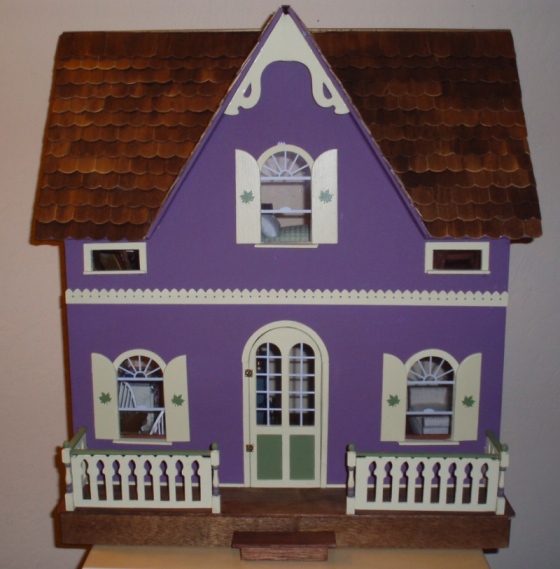 Last November, again planning to try to do something with it for Christmas, I put furniture in the house for the first time… and fell in love. I have been building dollhouses for almost a decade now, and I had a prefab house for a decade before that, but I’m really, really bad at finishing them. Right now there are three or four houses in various stages of almost-done in my workshop. And when I put the furniture in the Arthur—just for fun—and thought about how close it was to being finished, I decided to keep it, at least for a while. 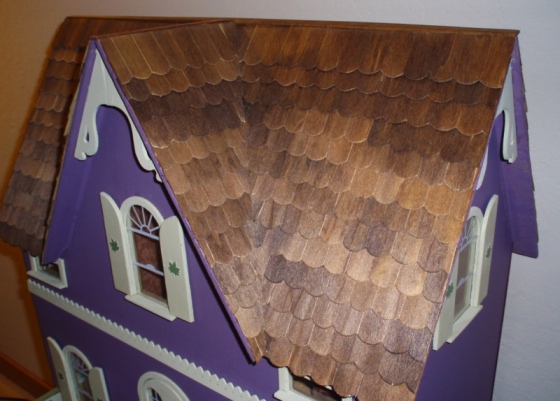 I’m happy to report that I’ve finally put in the last remaining trim pieces, and the Arthur is officially done! I moved it out of the workshop and into our guest room, where I’ll keep it on display at least until another of my houses in progress is ready to be shown off. (Which, based on past experience, could still be years away…) 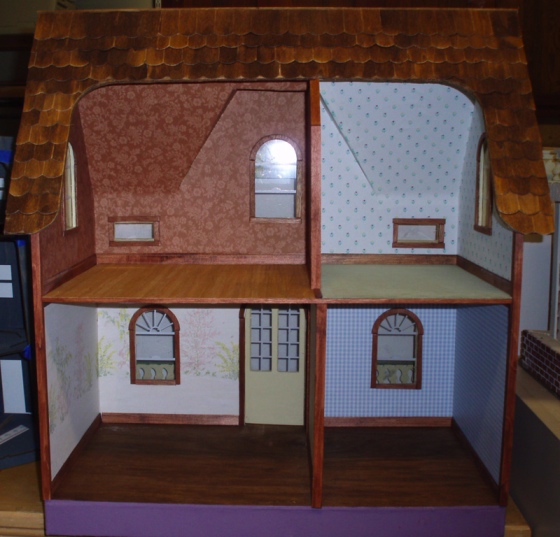 Since I didn’t intend to keep it, I didn’t obsess over the interior like I usually do. Most of the wallpaper came from a Miniatures.com grab bag and the floor coverings and trim pieces were (mostly) stuff I had lying around. I did have to buy some additional strip wood to cover the exposed edges of the plywood. I’m really happy with how it turned out—nice and clean. 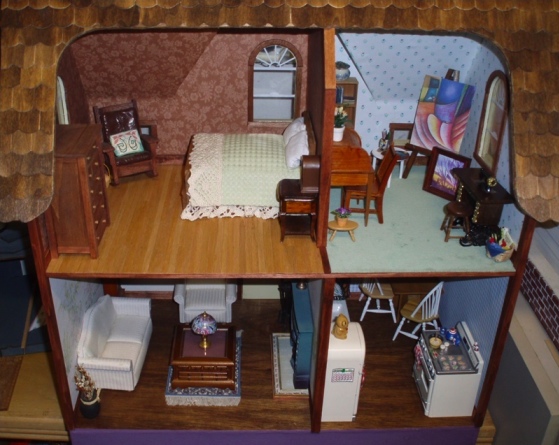 All of this is furniture I had already. Some of it was intended for the McKinley (which I got rid of when we moved last winter), and the rest were orphan pieces that didn’t have a home. 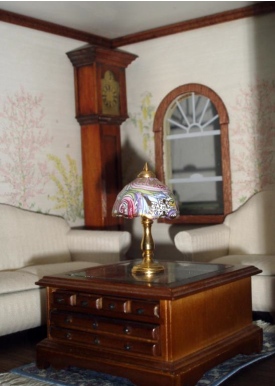 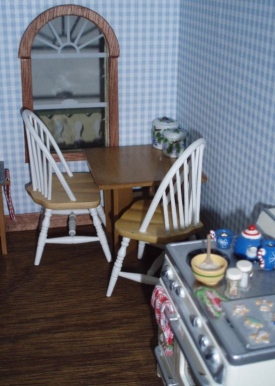 The living room wallpaper has some wrinkles, which really frustrated me when I installed it, but with the furniture in you don’t even see them. The kitchen is pretty cramped but I managed to get in the necessities. 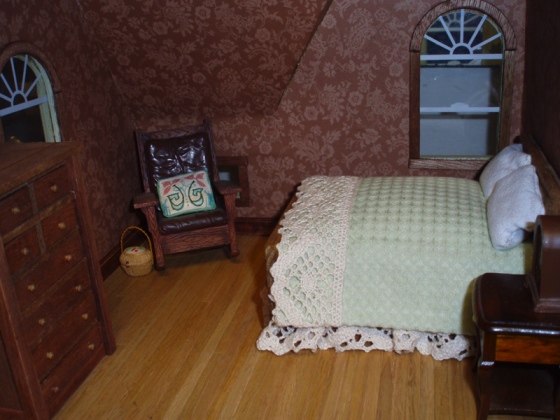 I made this bed out of a Michael’s hutch. The chest of drawers was scratch built from these plans. 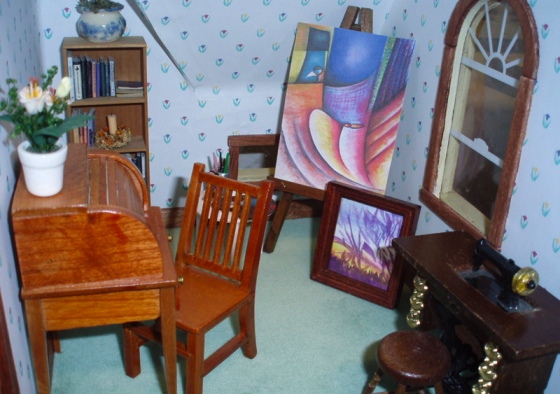 This little sewing / art room is my favorite in the house. It’s hard to see, but the little table next to the easel is one of those plastic pizza toppers… I’ve been saving those things for ages, and was psyched to finally use one for something! The painting on the easel is a reproduction of one painted by Karine Swenson; the one from the frame came from a thrift shop (it originally had a pin on the back of it).

There are some more pictures of the Arthur in this gallery, including the living room and kitchen from other angles.

Reality check from the LA Times

The A.B.C. Murders – not exactly my favorite game of the year