I had hoped to be farther along with the Victorianna’s kitchen by now, but c’est la vie. I’m waiting for a Shapeways stove to come in the mail and thinking through some ideas for scratch built cabinets. In the meantime, I’ve finished the window seat that I started in September.

I bought a Lee’s Line table and two chairs to go with the window seat. Luckily they arrived before I glued anything in — the seat is much too tall! I had used 3/4″ strip wood for the base (the approximately the same height as a half scale chair), without considering that the seat itself added another 1/8″ or so. 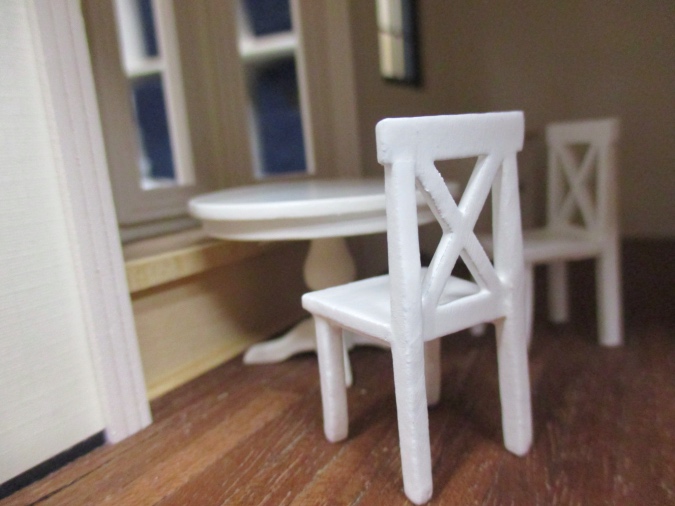 I used a utility knife to cut down the base pieces from 3/4″ to 5/8″. It’s still slightly higher than the chair, but the bay window is tall and I didn’t want the seat to look ridiculously short. 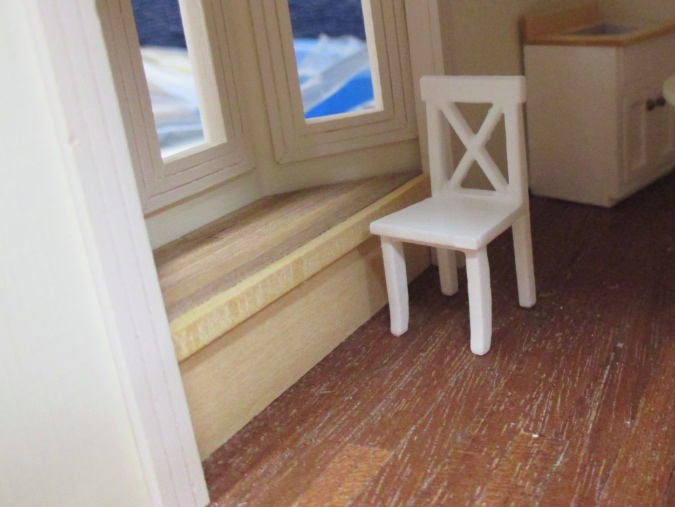 Here’s how the shortened seat looks with the table. Better. 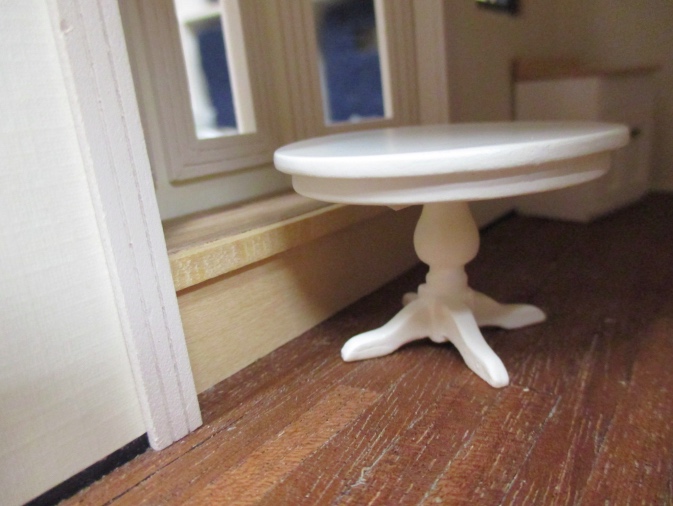 With a shorter base, there was now more space between the the seat and the bottom of the window trim. It looked fine, but after looking at some pictures of window seats online I got the idea to add a short back. This is a cut up skinny stick. The center piece has 45-degree edges and the other pieces have straight edges. 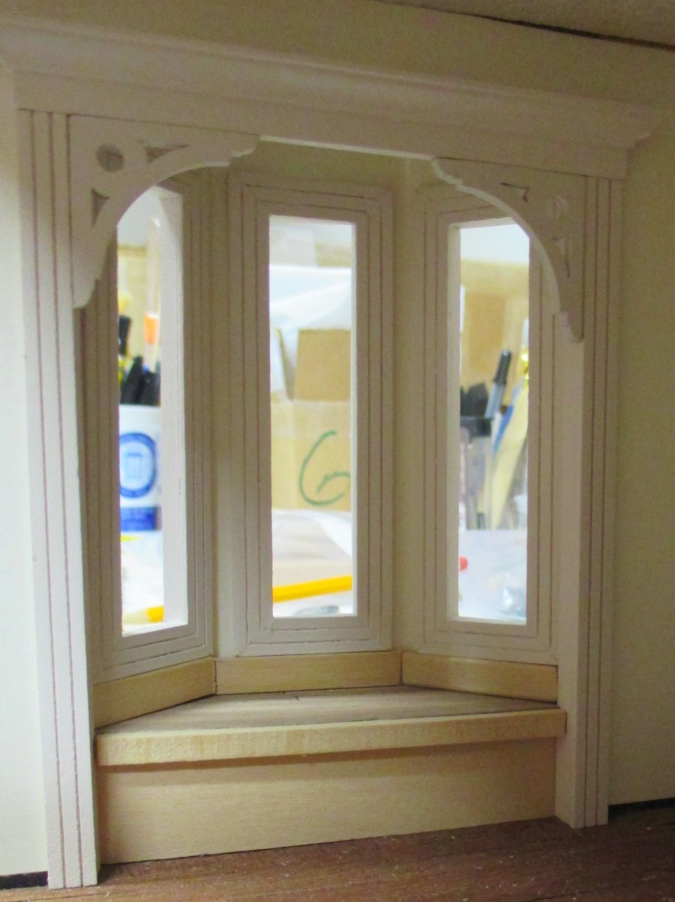 Before gluing in the bay window for good, I glued in the window seat base. 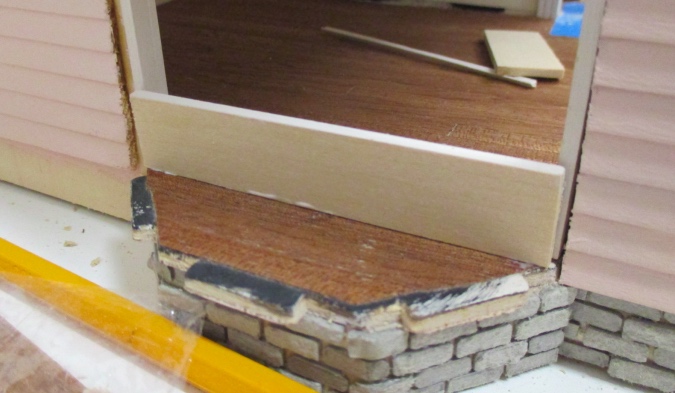 Next I glued in the bay window, as well as the trim at the bottom. This bay window will be similar to the ones on the front of the house. 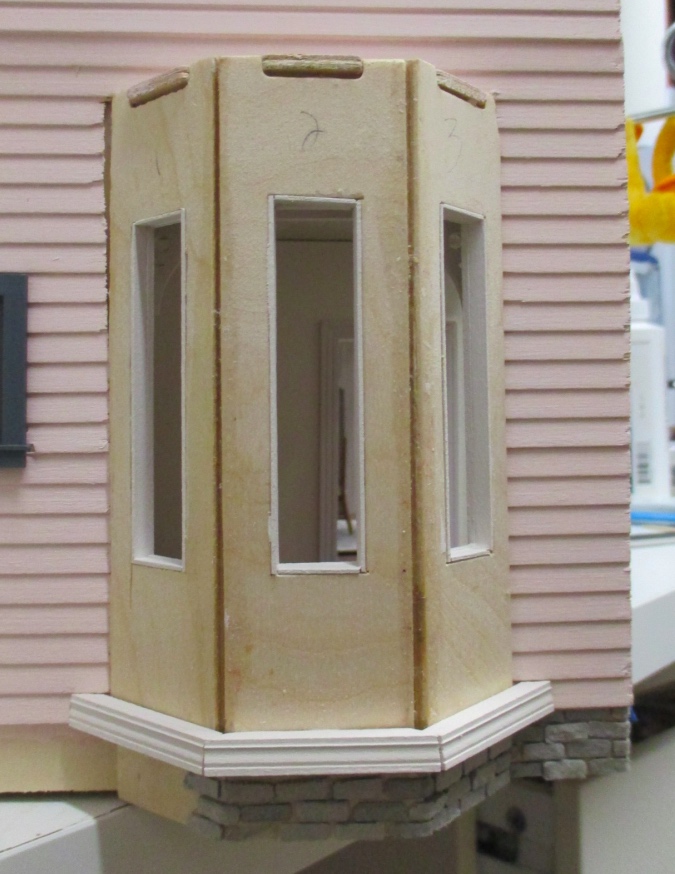 With the bay window glued in, I added the back base piece and the cove molding on the bottom front of the base. 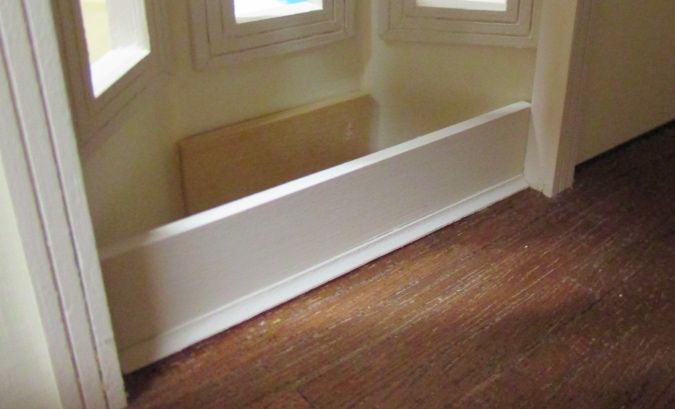 Finally I glued in the seat and the back pieces, and went over the seams with paint so it looks built in. Looking at this picture, it seems like I should fill in the gap on the left between the window trim and the top of the back piece, but that crack isn’t visible from the open side of the house (I took this picture through the kitchen door). So I think I’ll leave it alone. 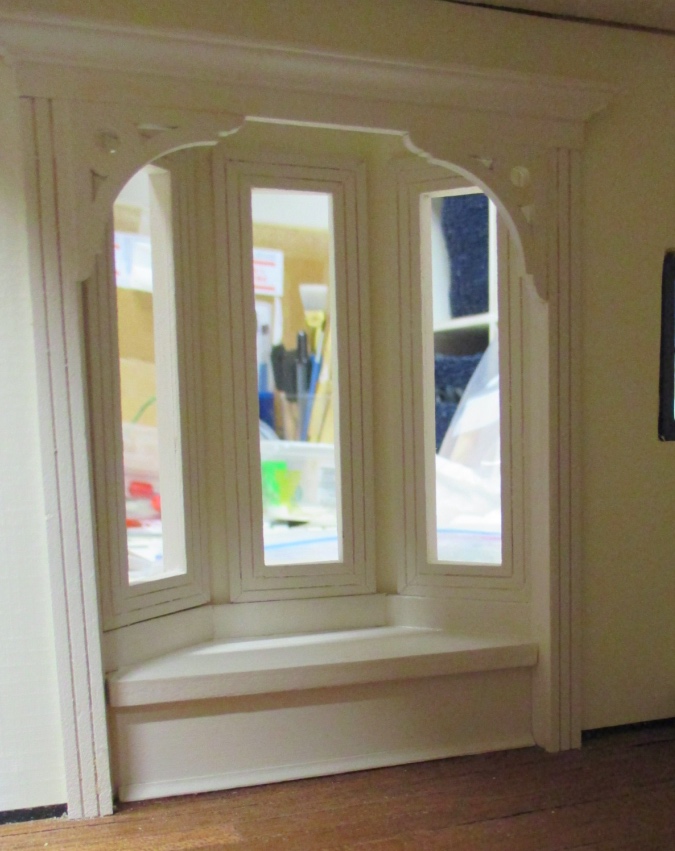 Here it is with the table and chairs. I’ll probably paint them to match the window seat and the rest of the trim, but I’m waiting until I decide what to do with the cabinets (not sure if they should be trim color or a brighter white). Ironically, though these chairs and table are supposed to go together, they’re not the same color — the table is more of a creamy off-white and the chairs are brighter. 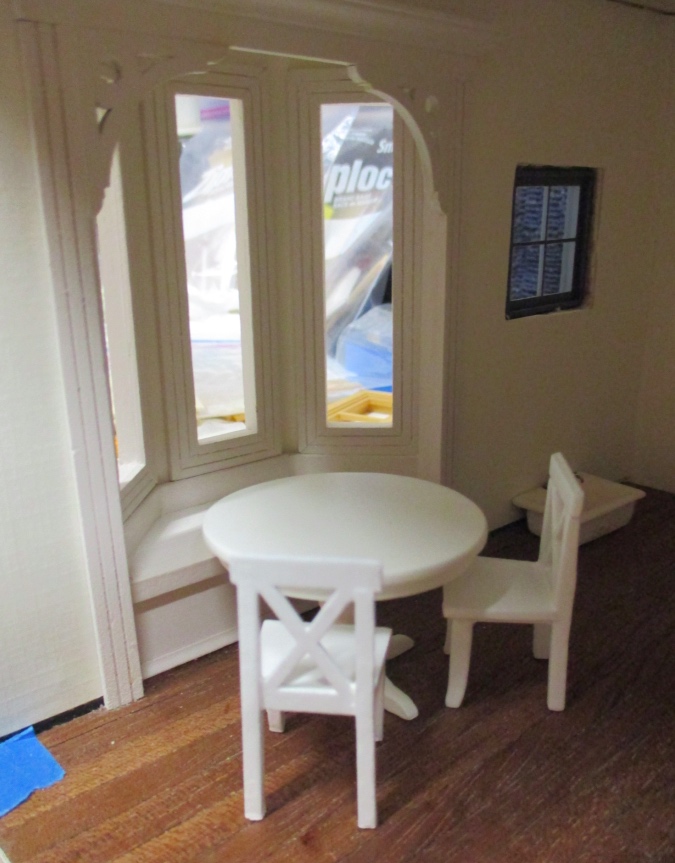 (Funny, from this angle the window seat still looks too tall for the table…)