The cost of dog ownership 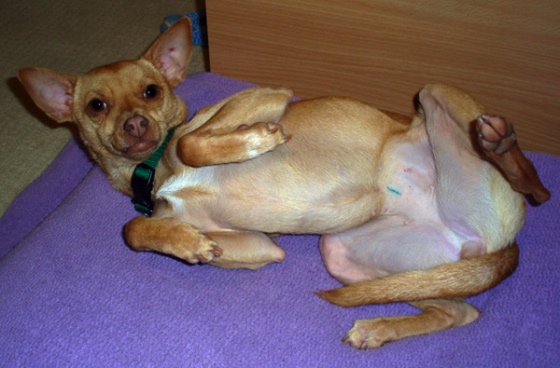 Before getting Rosy, I wondered how much it cost to get a dog. Well, now I know. In our first month of dog ownership, we have spent $850.23.

Wow, you must be thinking. You must really be spoiling your dog. Actually, not so much. Of course a lot of this expense is made up of big purchases that we won’t be making every month. But it is kind of amazing how quickly it all adds up.

We could have gone overboard on that last bullet, but tried to be pretty frugal. Rather than buying a pet bed for every room, she gets to lounge on oversized pillows that we already had covered with blankets that we also already had. Her water and food bowls came out of the cabinet. It’s a little surprising that the random toys and stuff you spoil your dog with is such a small slice of the total expenses, since that’s where it would be so easy to go crazy. Even so, I’m on a toy-buying freeze until she decimates some of the existing toys…

One expense that we thankfully didn’t have to pay for was the surgery she had in October to set a broken leg. She jumped off a bed while in the San Quentin foster care program and had a plate installed. A few weeks later, the plate had to be replaced with another one. That’s a few thousand dollars of work right there. I’m looking into pet insurance options (which will cost about $20/month from now to eternity) but unfortunately, any problems she has down the road related to that specific injury—like, say, the plate needing to be replaced again—will probably be considered a pre-existing condition. (Yep, they use that excuse with dogs, too!) Since we got her from a shelter, she’s already microchipped and spayed, and has had all of her shots. So those were other initial expenses we didn’t have to pick up.

Don’t get me wrong—I’m thrilled to have her, and every time I took out my credit card to pay for one of these things, I didn’t even blink. It wasn’t until I saw the first-month tally that I sort of blinked a little. And then I thought, Wow, I had no idea it cost that much to adopt a dog. And then I thought other people might be curious about how much it costs. So now you know. Half the battle, and all that.

Sunbathing with a bone