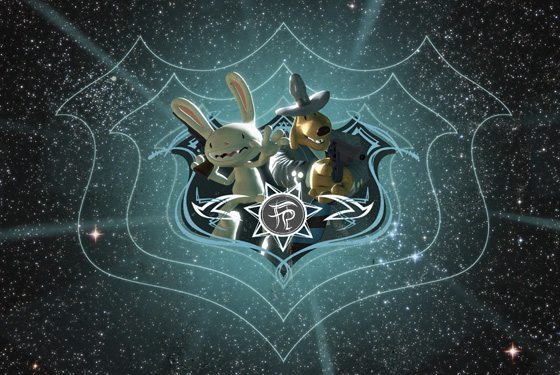 My hands-on preview of the upcoming Sam & Max season was posted this morning at Adventure Gamers. This was an interesting article to write, because for more than three years, I was the PR person soliciting articles just like this one. Tales of Monkey Island was already underway when I left Telltale, so even though most of the episodes launched after I left the company, I always went into them feeling like I knew too much. But during my last days at Telltale, The Devil’s Playhouse was still but a glimmer in the designers’ eyes—which means I finally get to experience a Telltale series as a fan, rather than an employee.

Sure, you’d think working for a company that makes your favorite type of game would be the best job ever, because you’d get to play all the games before everyone else. Problem is, playing games before everyone else means playing them long before they’re ready to be played. And dissecting the games months in advance of their release in order to figure out how to market and promote them saps a lot of the fun out of actually playing them.

Okay, so I DID play the upcoming Sam & Max episode before it was finished, and therefore before it was quite ready for prime time, but that’s not the point. I went into the experience knowing next to nothing about the storyline or what’s in store for the season. And after playing most of the first episode, I still don’t know what the design team has up their sleeves. Nor can I wait to find out.

Anyway. Go read all about it.