Last week Geoff spotted this little guy huddled on the other side of our fence. 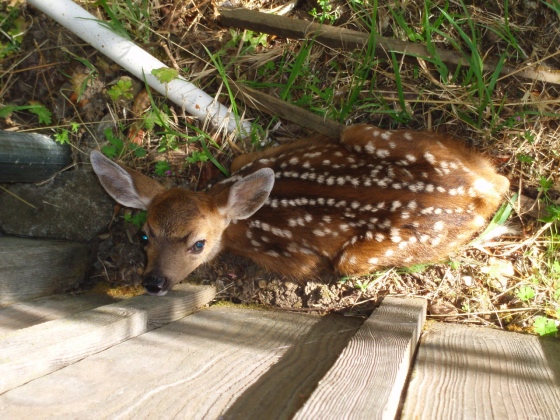 Its eyes and nose looked kind of mucusy, which made us wonder if it was newly born. The mom wasn’t anywhere around, but when we looked again a few hours later, the fawn was gone, so presumably she came back for him. Or her.

Deer are fairly common in our neighborhood, but I’ve never seen one so close up and unafraid. Usually they bolt as soon as they realize they’re being watched. (Another reason to believe he/she was a newborn.)

Seeing deer is even more hilarious now that we have a dog who strongly resembles one. We learned recently that chihuahuas—more specifically, chihuahua heads—fall into two categories: “apple shaped” and “deer shaped.” Rosy has a deer-shaped head. Observe exhibit A. 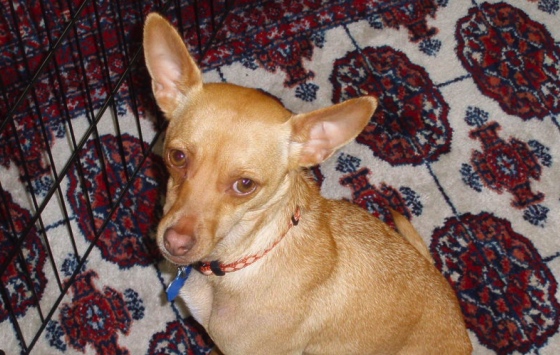 (No, the deer in our neighborhood aren’t afflicted with demon-zombie-glowing-eye disease. Although life might be more interesting if they were.) 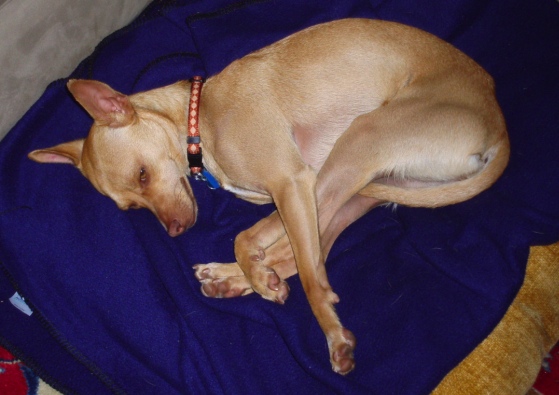 It has nothing to do with the topic at hand. I just thought it was cute.