King Graham, is it really you?! 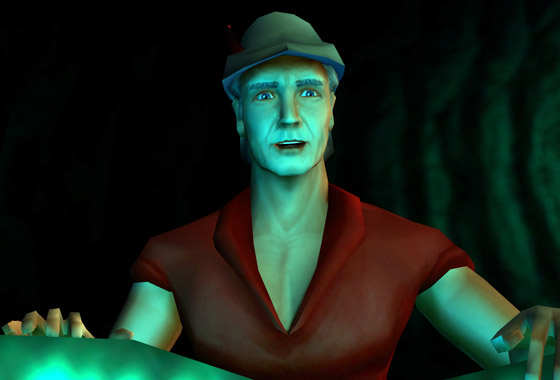 Okay, so way back in the days of my youth, I was a huge fan of King’s Quest. (Still am, though somewhat closeted. Heh.) Sometime around the early part of this century, though, Sierra was sold to Big Corporate America and it looked like we’d seen the last of King Graham. AGD Interactive did a couple of great fan projects that rekindled the spark, but a NEW King’s Quest game seemed, well, bloody unlikely. That’s what happens when you grow up—the stuff you loved as a kid fades away.

So imagine my excitement today when Phoenix Online Studios announced that The Silver Lining, a King’s Quest fan project they’ve been working on since 2004, is finally going to see the light of day. They’ve reached an agreement with Activision, the latest in a series of companies to acquire the King’s Quest license, to release their project as a free episodic series, with the first episode coming July 10.

In The Silver Lining, players will assume the role of King Graham as he sets out on a quest to save his children, Rosella and Alexander, from a mysterious curse. The episodes will be released as free downloads from www.tsl-game.com. “We played about 20 minutes of the first chapter, and now I’m dying to know how the story unfolds (…) this game nails it by feeling like a true heir to the throne,” said Joystiq in a recent preview of the game.
Phoenix Online Studios press release

Sam & Max fans had their “OMG, it’s really coming back?!” moment in 2005. Monkey Island fans, last June. I was happy for them, but in a sort of on-the-outside-looking-in way. Because, yes, I’m an adventure gamer—but I’m also a Sierra fan. I honestly thought that moment would never come for me.

Today it came. And I’m giddy like a kid on Christmas Eve.