I actually finished this up over Fourth of July weekend, but forgot to post the pictures. Oops.

I really liked the trim my dad added to the base of the Fairfield and I wanted to do the same for the puzzle house. Geoff helped with the cutting and mitering. The base is a bit thicker than the Fairfield’s, so we had to buy larger trim and cut it down using the radial arm saw. (He fed the trim into the saw; I held it steady as it came out the other end.) As a result the top edge of the trim is flat, not curved, but it looks fine. I stained the trim with Minwax Early American to match the house’s interior trim. 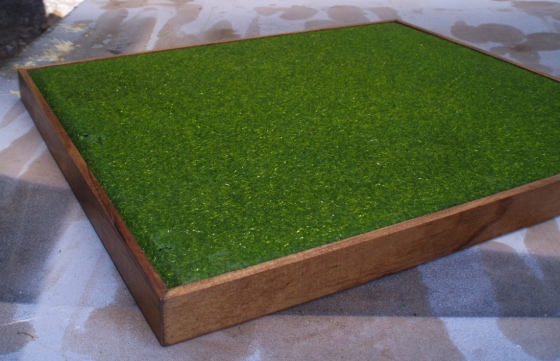 Once the base was ready, I put the house on it and carefully measured to make sure it was centered left to right. Then I glued down the front step and the flagstone path. These served as “anchors” to make sure the rest of the landscaping was centered properly. 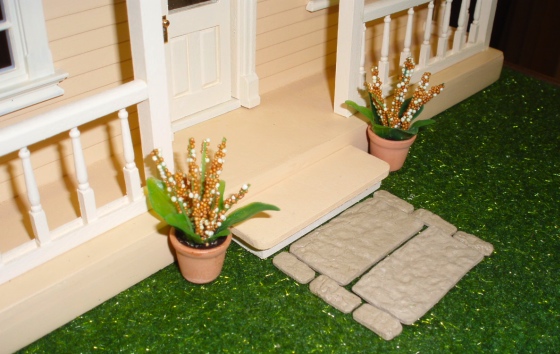 My plants are made from pieces of plastic flowers stuck into clay bases. I glued each plant to the base, then covered the clay and the areas in between the plants with coffee grounds to look like soil. The technique is described in more detail here. For this house, since the garden areas are fairly cramped, I put the fence pieces and house in place to figure out where the plants and rock borders should go, then removed them to make it easier to glue in the coffee soil. 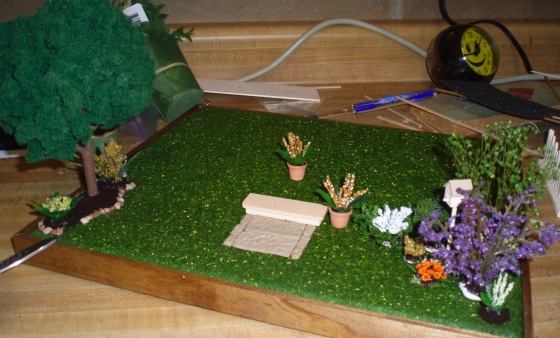 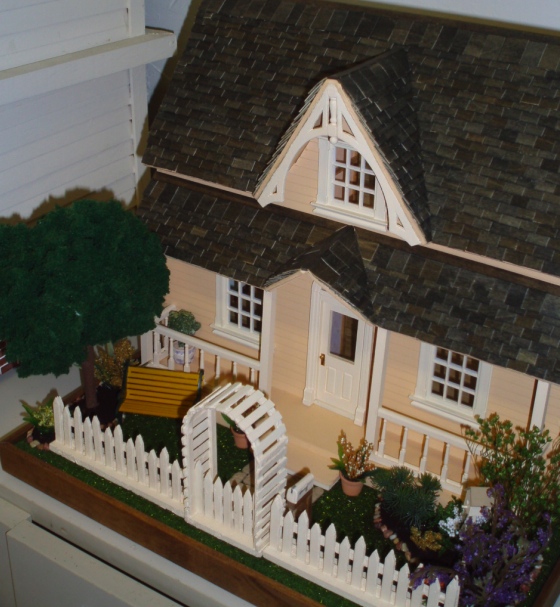 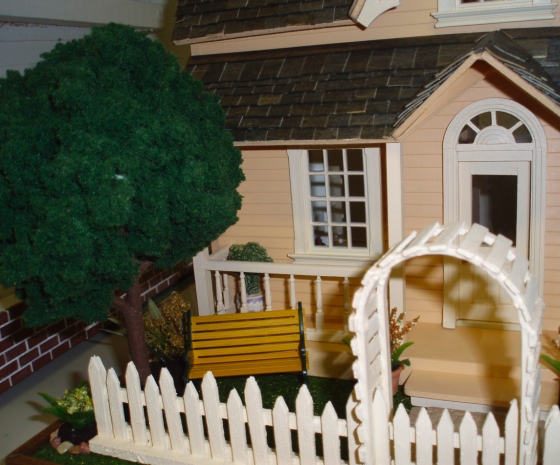 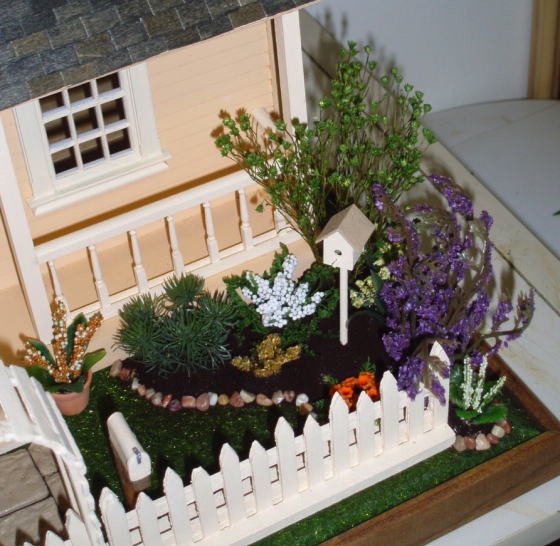 I realized after taking these photos that I forgot to add trim under the eaves to cover the gaps where the roof meets the walls. It’s coming! I’ll also do something with the trellis at some point (right now it’s temporarily held on with putty). 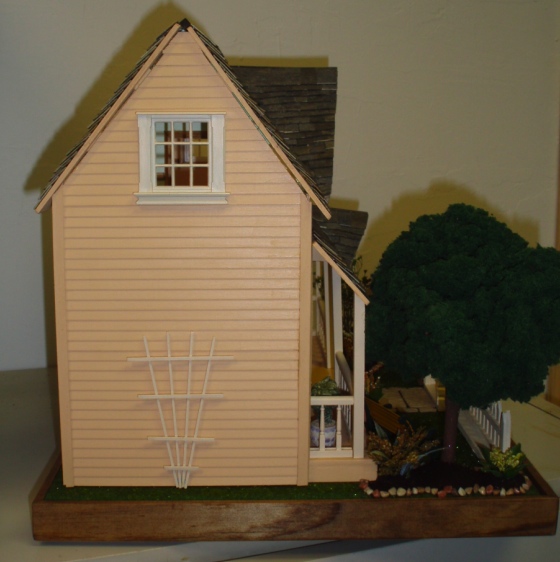 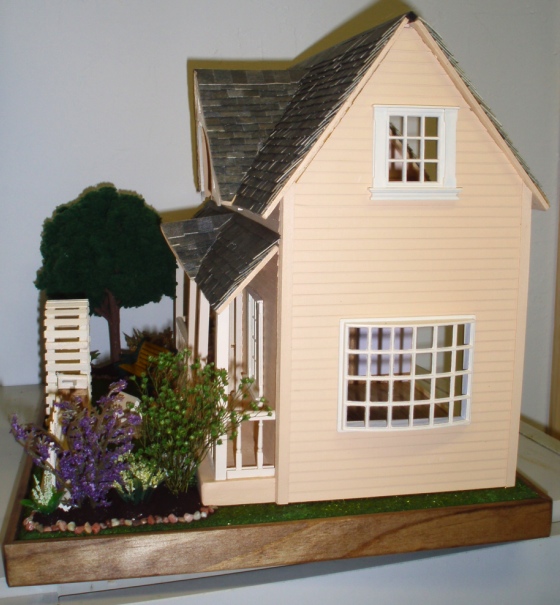 If you’re a King’s Quest fan, this will make you cry (in a good way)