Putty Squad Behind the Scenes in GamesTM 107

Hot on the heels of last month’s Gabriel Knight feature, I have another article in the latest issue of GamesTM. This one is a behind-the-scenes look at Putty Squad, an Amiga platformer that was almost released in 1994, then shelved at the last minute—but not before a whole bunch of Amiga magazines got their hands on review copies and praised it to high heaven. It’s an interesting story, and one I knew nothing about until the opportunity arose to write this article. 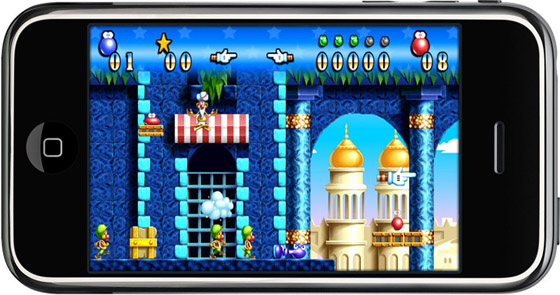 It also happens to be a story that has a happy ending, since after all these years on the shelf, Putty Squad is going to be released for iPhone, iPad, PSP, and PS3 in the near future. I’m planning to check it out on my iPod Touch when the time comes. You can learn more about the game and release plans at the developer’s website.

The article appears in GamesTM issue 107, which is on sale now in the UK and online. Sadly the nearby Borders that carries the magazine is closing due to bankruptcy restructuring, so I can’t say if it’s available yet in the US.

Of stairways and ceilings