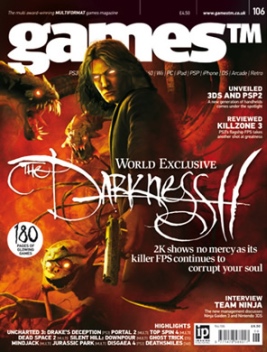 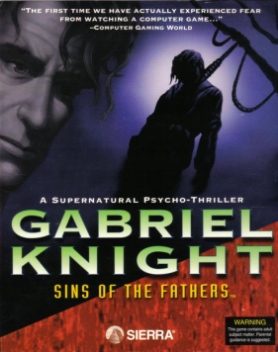 I should have posted about this GamesTM article weeks ago when the issue went on sale, but I wanted to wait until I’d seen the magazine, and then GDC ate my brain (metaphorically), and then I figured that since the mag had been mailed in mid-February it *had* to show up this week… and it still hasn’t. Boo.

Hopefully it’s still on newsstands in the UK, for those who want to check it out. About a week ago Borders was still selling issue 105, but theoretically people in the US should be able to get issue 106 now or soon at stores that carry international magazines.

Like the Quest for Glory article I wrote last year, this was a fun opportunity to deconstruct one of my beloved Sierra series. I especially enjoy digging into Sierra’s long-running series because the games are so often a reflection of the era in which they were created. Gabriel Knight: Sins of the Fathers is one of the last games to use the icon-driven point & click interface, for example. It also exhibited an evolution in voice acting: unlike some of the earlier “talkies” that were voiced by Sierra employees (no offense, guys!), Sins of the Fathers had a professional cast that included Tim Curry, Mark Hamill, and Michael Dorn. 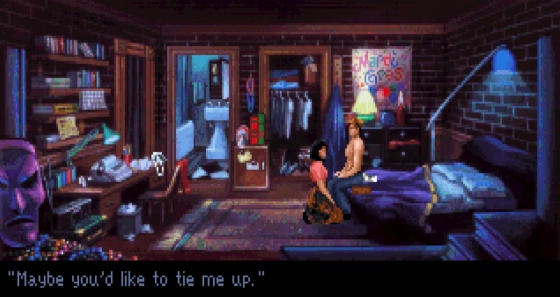 Just a few years later, when The Beast Within came out, much had already changed in the adventure game landscape. FMV was now the “next big thing” and smart cursors were newly in vogue. The article talks about how Jane Jensen had to scale back her design since filming live actors was so expensive. (I’d love the chance to play a Director’s Cut!) FMV gets laughed at nowadays, but I happen to like it and at the time a lot of other people did too… including Jane herself, who said in the interview that it was her favorite of the three games’ formats. 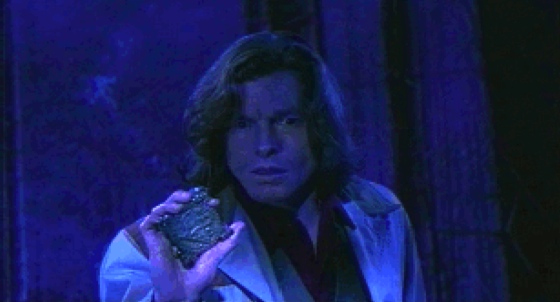 The Ritter talisman. Don’t leave home without it.

Then came Blood of the Sacred, Blood of the Damned, Sierra’s first (and last) full 3D adventure game. One vindicating fact that I learned while researching this article is that Jane didn’t even design that stupid cat hair mustache puzzle everyone gives her crap about. It was slipped in last minute when her original design couldn’t be implemented. I repeat: Director’s Cut, please. 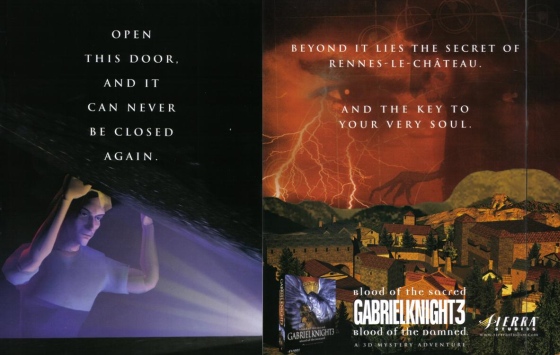 By this point (the late 90s), the internet was starting to resemble what we know today and I was able to find some great articles online that dated back to the game’s production. Particularly interesting were a series of developer diaries at GameSpot (which seem to have been taken down since I turned in the article, but are still visible via Archive.org) and a postmortem at Gamasutra. It’s neat to read Jane’s insights during development, followed by the lead programmer’s assessment after the fact. Especially knowing now what they didn’t know then—that Gabriel Knight 3 would be the last adventure game Sierra ever made.

I also stumbled upon the website of Ron Spears, who was an artist on GK3 and did the graphic novel that shipped with the game. He was nice enough to contribute several high-res scans to accompany the article. (Die-hard collectors: he also mentioned that the originals are for sale. You can contact him through his website.) 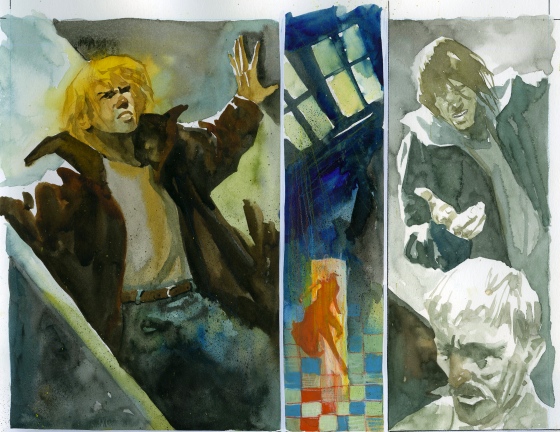 Of course, the actual article goes into much more detail than this blog post, and is much better written, with complete sentences and everything. I can’t wait to read it myself… if it ever shows up. (Maybe my mail carrier is also a GK fan?)

Rosedale assembly, from the ground up