Not much to look at yet, but I have been making slow, steady progress on the Queen Anne rowhouse. The first task was siding. Usually I have sloppy edges because I know they’ll be covered with trim. Since this house has panels that open, I tried really hard to keep the edges that will be exposed neat and straight. (They’ll still have some sort of trim on the outside, but not on the inner edges that will be visible when the panel is open.)

Here’s one wall. I did a decent job making the siding match up on the left part and the panel, but the right part got all out of whack because of the bay window, which was not easy to add siding around with it already glued into place. (If I’d built this house from a kit I would have made a template of the roof shape before gluing on the bay.) 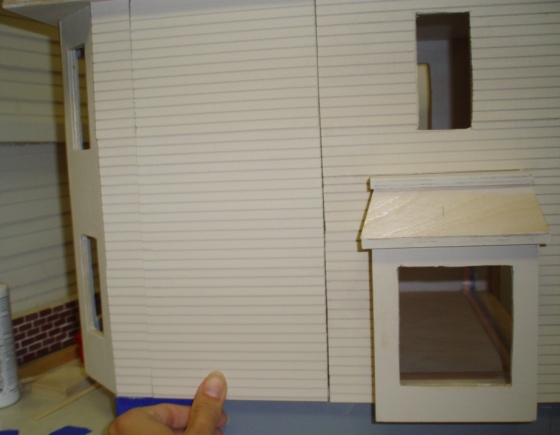 Where the panel and the right side of the wall meet, it’s obvious that the siding gets out of sync about halfway down. Even with strip wood on the edges to provide a bit of separation, I think the mismatched siding is going to look cruddy. Originally I’d planned to center the chimney on this panel, but am now thinking about offsetting it to cover the seam between the two pieces. Then the fact that the siding doesn’t line up will be less obvious. 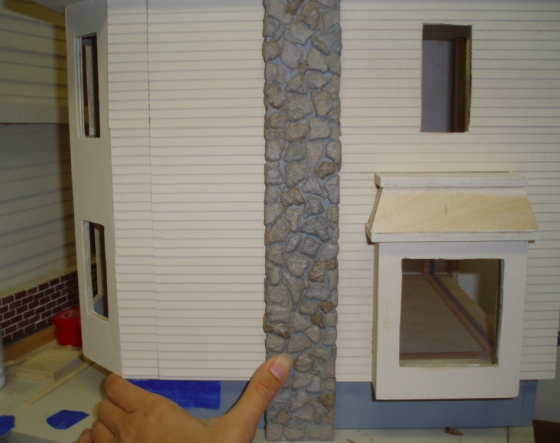 The problem with this, though, is that I wanted to center the fireplaces on the inside of the panel, and when you open the panel it will be obvious that the fireplace and chimney don’t line up. Will that be weird? I’m not sure. Directly inside this new chimney location is a corner where two walls meet, so I can’t really line up the fireplaces with the chimney anymore. (Unless I used corner fireplaces, but I don’t wanna…)

Anyway, no decision has been made yet. I also haven’t decided how I’m going to attach these panels. I might be back to plain old hinges. I found some at OSH that are more like antiqued brass and not so shiny. We’ll see.

I picked up some 1:12 Lilliput newel posts for the porch. If I cut out the curvy part it’s just a tad taller than the original porch posts were. Below you can see the original dowel compared to the Lilliput posts.

Here’s roughly how it’ll look. After I cut them, I realized it would have been better to paint them first since the part I cut off would have given me something to hold onto. Oops. 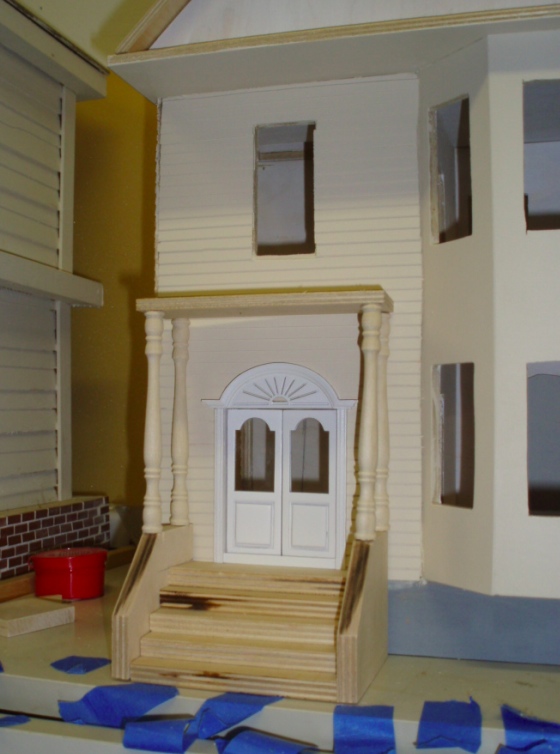 In the pic above you can also see what a sloppy job I did with siding on the front of the house. For some reason I lined up the siding at the bottom instead of at the top—and left a gap at the top, because I cut wrong—and during gluing the pieces slid all over the place. I should have gone from the top so there was something firm to press the top siding piece up against, which would have provided stability for all the rest of them, too. 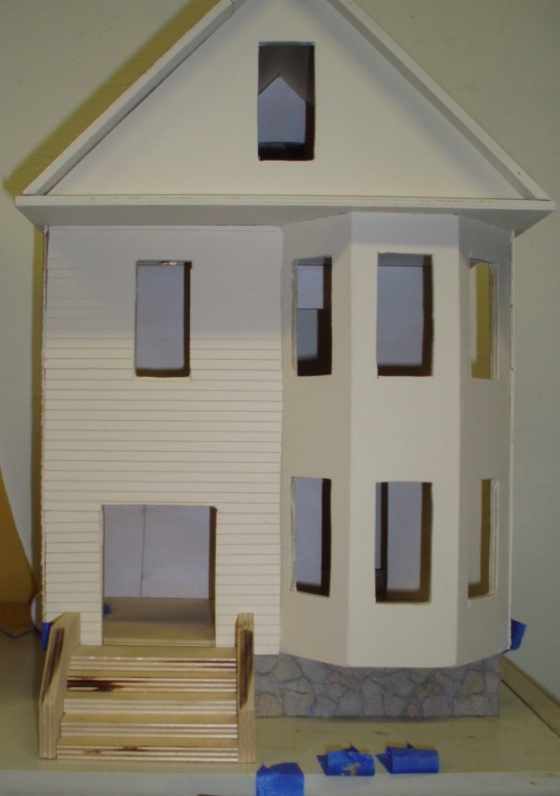 Anyway, the part at the top and the sides will be covered by trim, so no worries there. There is a very crooked piece to the left of the door, but I think the porch posts and corner trim will make it pretty hard to notice. I’m also thinking of putting coach lights up, which will further distract from the crookedness. 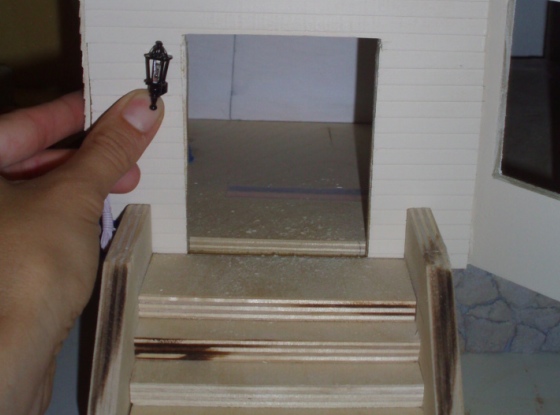 With the house all sided, I next tackled the foundation. I did this with egg carton stone just like the Hillside Victorian.

I’ve completed the foundation all the way around. Half as much to cover as on the Hillside Victorian but then again, the egg carton pieces were also half the size, so I’m not sure if it was any quicker. However being able to pick this house up, flip it over, etc. is a huge plus. 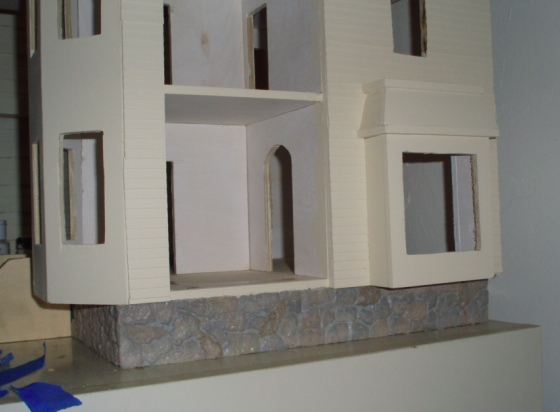 With the foundation and siding out of the way, my next task is trim. I’ve already started on it but will keep you in suspense until next time…