I bought another light to fix the one with the broken wire. Since I’d already finished the floor above, I needed to come up with another way to hide the wire. I had an idea to glue the ceiling paper to a piece of thin cardboard, pull the wire up through the cardboard, and then glue this to the ceiling with the wire sandwiched in between.

The bay window made it tricky to fit the cardboard into the room, so I started by gluing a piece into the bay separately. 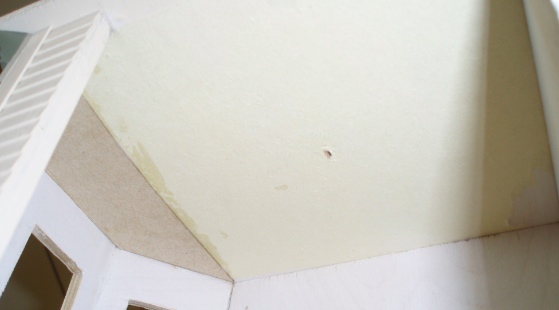 Then I cut a rectangular piece and glued it to the back of the ceiling paper. I poked a hole for the light, pulled the wire through it, and taped the wire to the cardboard so it would come out where I wanted it to. 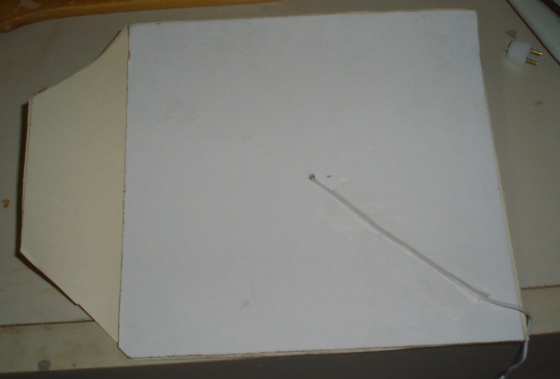 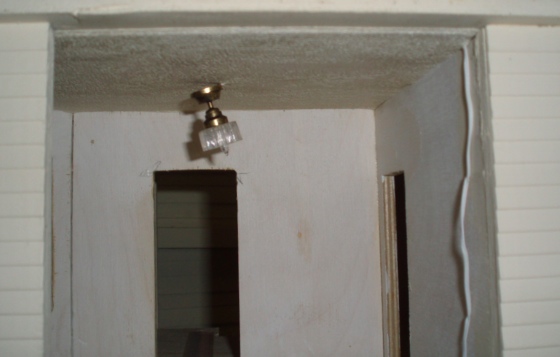 Next up were the bathroom and bedroom lights. The wall dividing these two rooms had not been glued into place yet. I papered the bathroom side with green scrapbook paper and added a wall sconce. (The wire you see in this photo is from the kitchen light below; the wall sconce’s light is on the bedroom side of the wall.) 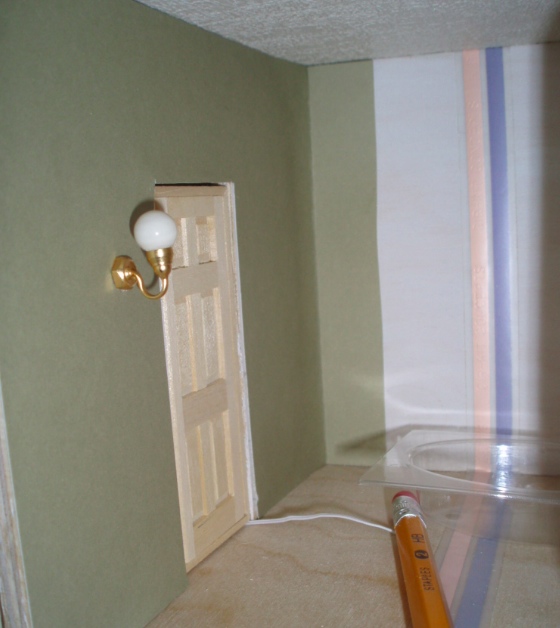 I forgot to take a picture of it, but I pulled the wire from the bathroom light down the wall, and then ran it around the bases of the walls, across the doorway, and into the other room where it goes down through a hole. The two wires running across the middle of the floor are from the kitchen lights, and they go through a hole near the bottom of the wall. The scrapbook paper I used for wallpaper is thick enough that you don’t notice the wires underneath it. 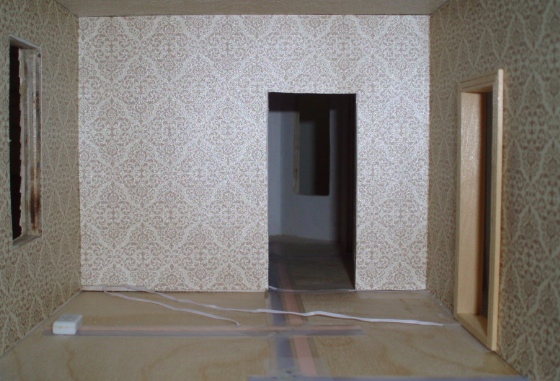 I’ve had some problems running flooring over the brads and figured trying to run them over these bulky wires would be even worse. Since cutting a groove didn’t work out so well last time, instead I added thin cardboard to the areas of the floor around the wires. 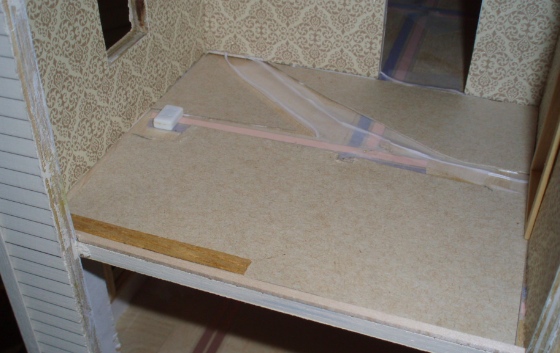 It’s not perfectly flat, but the surface was even enough that I could lay the floorboards relatively painlessly. 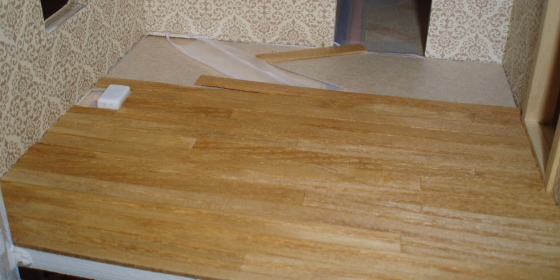 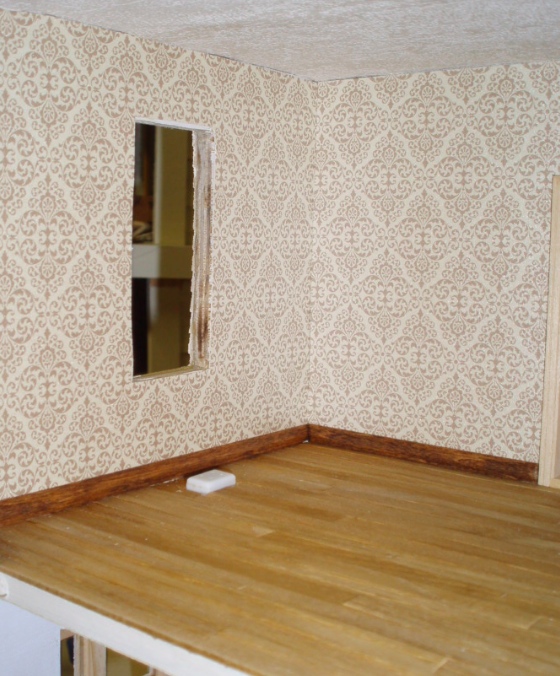 I got this light from Molly’s House. In the picture on the website, the lightbulbs aren’t in, and I didn’t realize they would stick so far out of the fixtures. I almost didn’t use the light because of that. But I’m tired of buying new lights, so decided to suck it up. 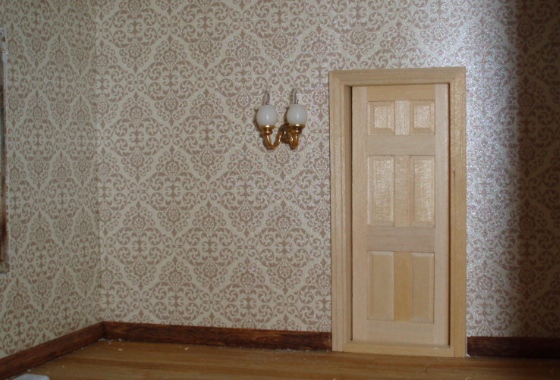 They work! Just two lights to go after this. And then I’m never electrifying a dollhouse again… 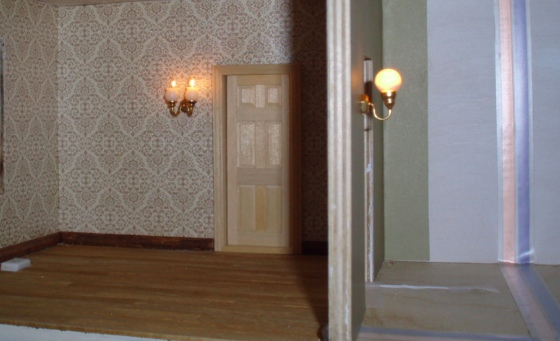