In a continuation of the easiest electricity ever, I added the ceiling lights to the downstairs rooms of the Gull Bay cottage. Normally with a ceiling light I would snip off the plug, drill a small hole in the ceiling, and run the wire to the floor above. But with the Gull Bay I wanted to keep the plugs, so I had to get creative. 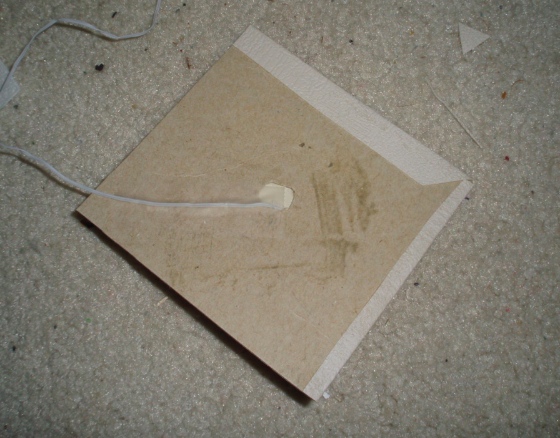 With the paper glued onto the cardboard you can’t even see the slit. This might not work as well with other types of paper. I used a textured, real-life wallpaper I bought a roll of years ago at Lowe’s. Between the texture and the bulk of the paper, the slit pretty much disappears. 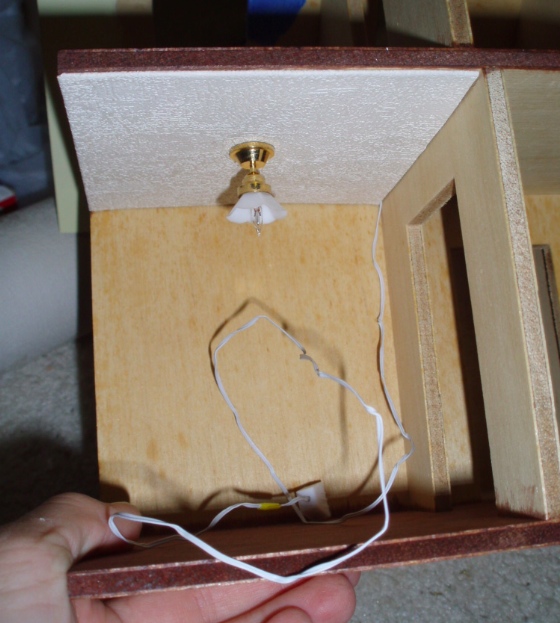 I drilled a hole in the floor of the house that the plug could fit through, and pulled the cord through to the bottom of the house. This way the light can plug into the outlets under the house, as shown in my previous blog. 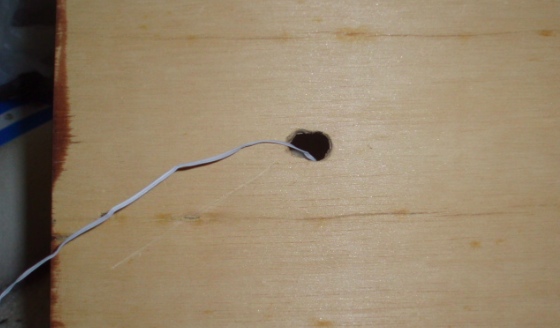 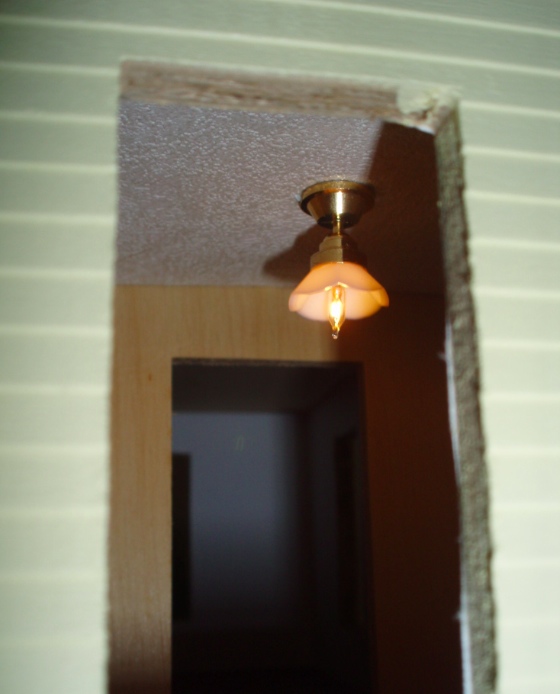 With the dining room light done, I repeated the process in the kitchen and living room. The cords running down the walls and over the floor will be covered up with wallpaper and hardwood flooring, which I’ll post about next time.