This is a curio cabinet I bought off eBay. It’s shaped like a house and the right size to display some of the half scale resin furniture I’ve been collecting. I decided to make some changes to the curio to make it look even more like a house. 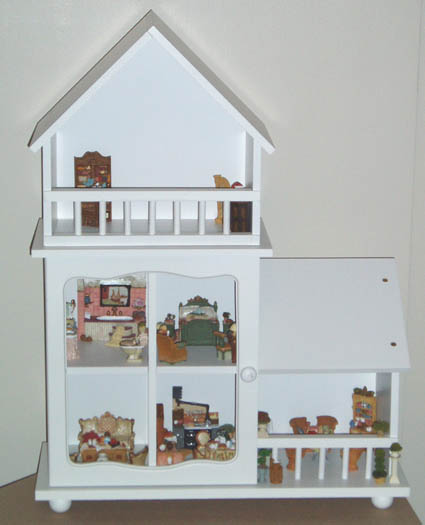 It was fairly easy to assemble. It came with screws (my kit was missing two, though) and pre-drilled holes. The directions were atrocious (no text, and the pictures were basic to say the least) but after about half an hour of fiddling I managed to put it together. Then I started thinking about how to make it look more like a house. The screws showed, so it was clear that I’d have to cover them up somehow. I decided to add siding and shingles. I also didn’t like the door, which is weird in that it’s just a frame with a hole in the middle. There’s no glass or anything over the hole. What’s the point of a door you can reach right through? So, I decided to remove that. The railings were bugging me too, since they’re out of scale and block the furniture. So, I removed them and filled the holes left behind with wood filler.

Here it is with the door and railings removed. I later took down the magnet that holds the door closed. 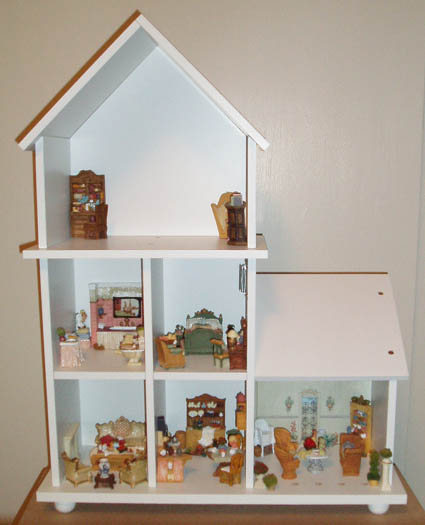 I had some siding left over from the Fairfield, and glued this to the sides of the house. It covers the screw holes nicely.

Then I slapped a coat of light blue paint on it. It still needs another coat. I didn’t paint the insides of the shelves because I’m planning to paper and carpet them, just like I would in a dollhouse. 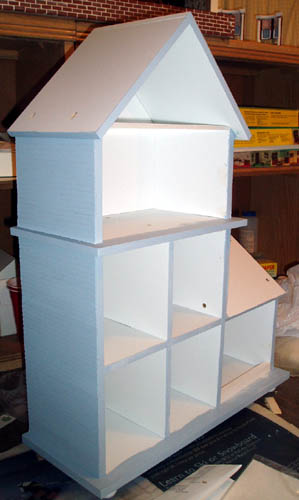 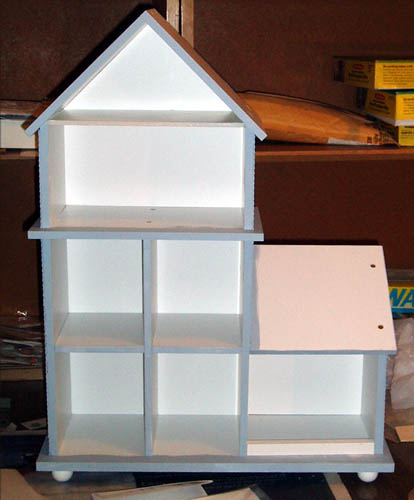 That’s all I’ve done so far, but I have some plans for dressing up the outside. I added a foamcore ceiling to the upstairs room, to make an attic. I am also planning to shingle the house, and to add a chimney that I bought off eBay. I also thought a trellis with roses or climbing vines would look nice on one of the exterior walls.

For the sake of comparison, here’s the curio cabinet next to my Fairfield: 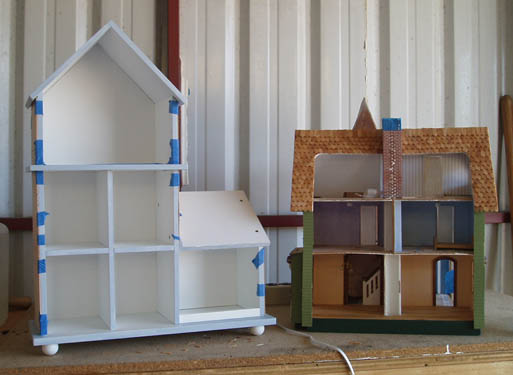 I haven’t started decorating the interior yet, but I have a pretty good idea of how I want to arrange the rooms. 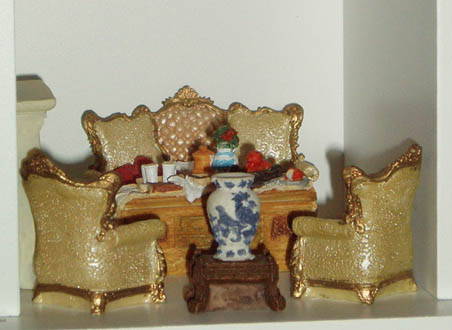 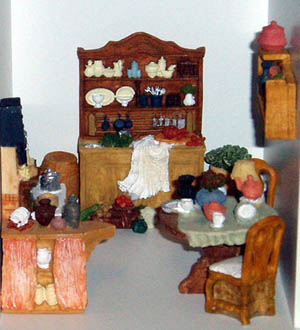 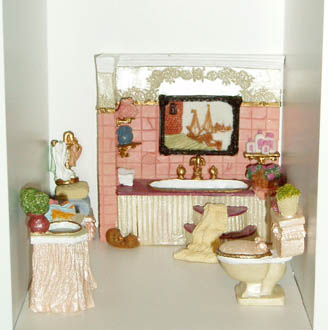 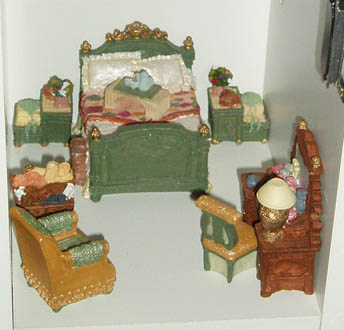 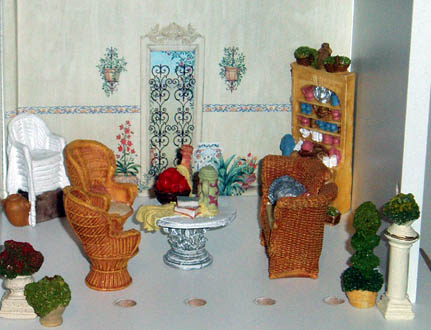 I printed the trompe l’oeil door from a file someone sent me through email. My plan is to run the yellow and blue border around the center of the other two walls. I have purchased scrapbook paper to use as wallpaper in the rest of the rooms.

The upstairs room will probably be a music room (no pictures yet). I am thinking of buying this Hallmark ornament to put in there. Above the music room, there will be an attic with some odds and ends lying around.