(I live in California, so I can flippantly say “Let it snow!” on Thanksgiving without the risk of it actually happening…)

With the bushes finished, I can move forward with landscaping the four seasons roombox. Today I added snow to the winter scene. It was fun! Maybe not quite as fun as playing in the real snow, but also not nearly as cold and wet. Here’s how the scene started out. 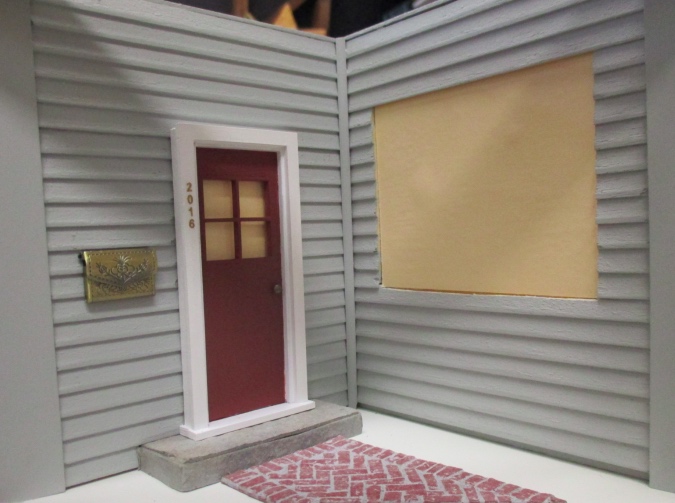 I started on the side with the bush. I spread Snow Tex on the ground, using a scrap of strip wood to keep it from seeping over the edge. I dabbed some snow on the bush and squished it into the snow. 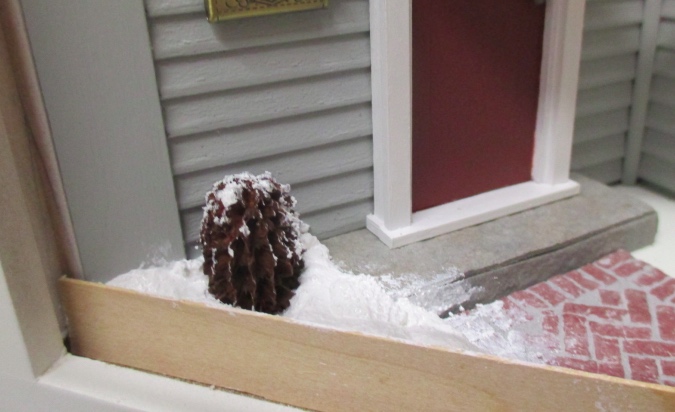 I didn’t glue this — I’m hoping that the Snow Tex will hold it in place once it’s dry. 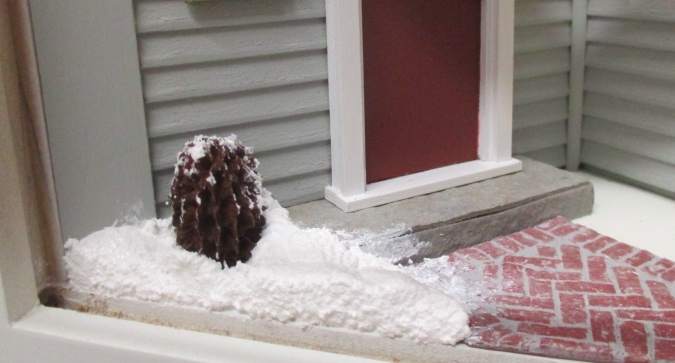 Here’s the other side. I used a skinny stick to push the snow up beyond the edge of the path, to look like it’s been shoveled. The shovel is made by Island Crafts and I made the snowman. Again, I didn’t use glue… fingers crossed the hardened snow will hold them in place. 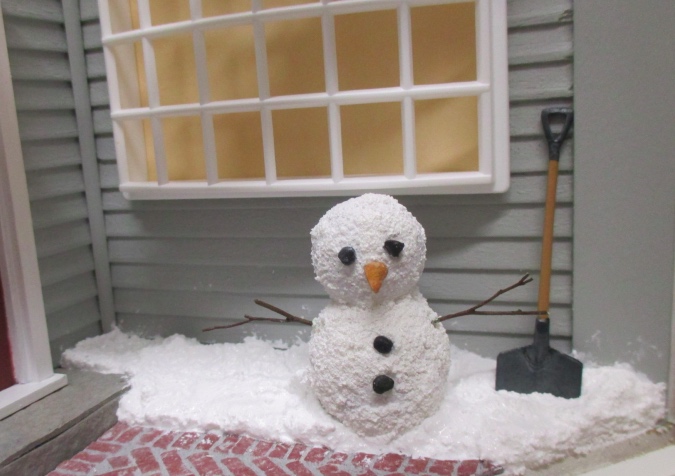 I started dabbing snow on the path and the stoop, but it looked too clean.

I ended up smearing snow all over and wiping some of it off with a wet paper towel. 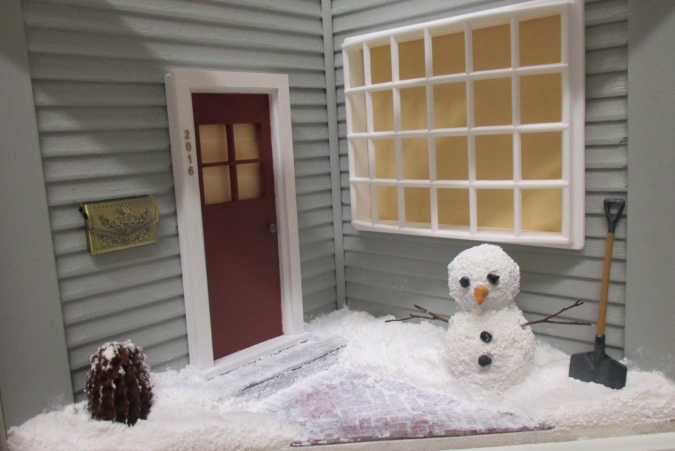 Since the door sticks out from the wall, it should have snow on top of it. First I changed the house number from 2016 on the side to 16 on top. I like it better this way. 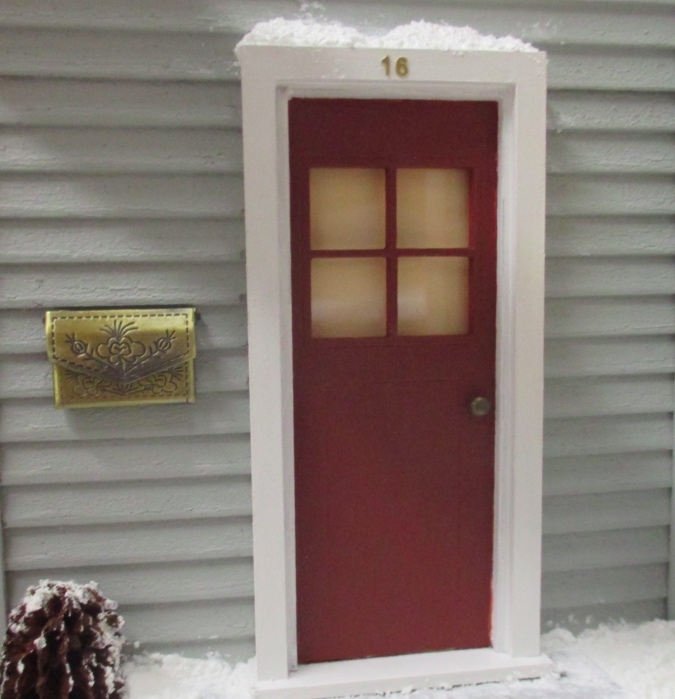 I got these skis in a swap. They were made by Denise Sanders. They’re adorable and I’ve been hoarding them for years waiting for the opportunity to use them. (Maybe this is not a responsible way for someone to store their vintage skis. I don’t care!) 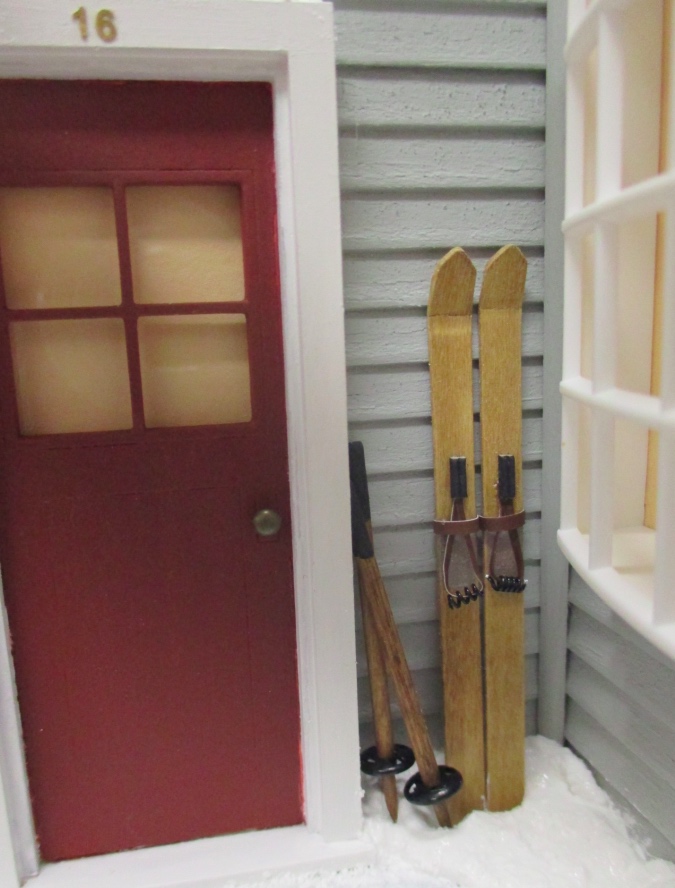 I still need to add stuff inside the window before I can glue it in, so I’ll hold off on adding snow to the top of the window until then. I’m also planning to add a wreath to the door and a hanging basket of mistletoe, eventually. 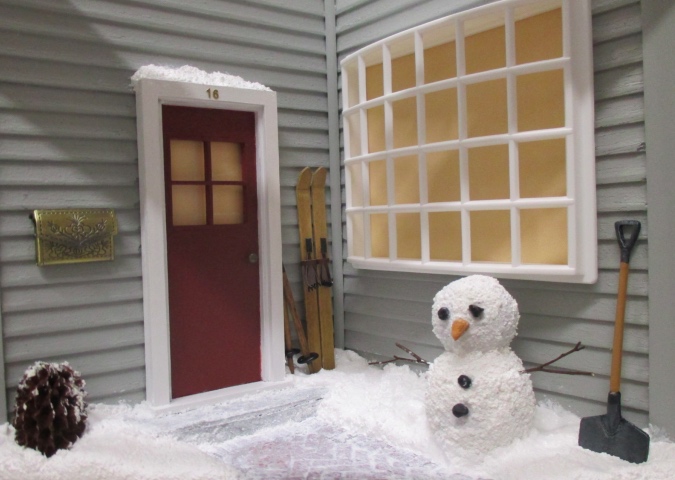