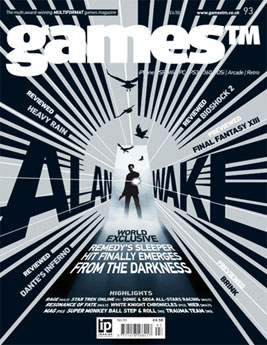 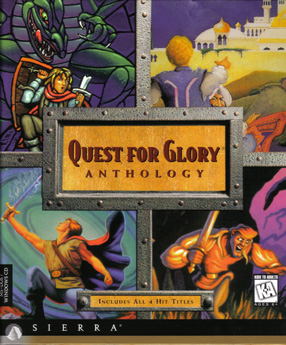 I wrote a behind-the-scenes article about Lori and Corey Cole’s Quest for Glory series, which appears in this month’s issue of GamesTM. It’s on newsstands in the UK now.

Of all of Sierra’s Quest series, Quest for Glory was the one I knew the least about when it released. I only played the VGA remake of the first game because I got it in a “buy one, get one free” promotion. I was mainly a player of adventure games and SimCity, and when I played it, I wasn’t familiar with the concept of an RPG and didn’t realize that it was a completely different genre than the adventures I was used to from Sierra. It just seemed to me like an adventure game with an added element of fighting—and I loved that. It had a rich story, but also (lite) action and stat building that traditional adventure games don’t. I liked that the game was non-linear, a big world that you got to explore on your own terms, with side quests and alternate ways to approach the various puzzles. I found that game incredibly immersive and have fond memories of staying up all night to play it during a school vacation.

Although I did replay the VGA remake several times, I didn’t play another Quest for Glory game until recently, when I started working on this article. Actually that’s not quite true— AGD Interactive released a fan remake of Quest for Glory II that I really wanted to like but it didn’t draw me in at all. Nothing to do with the quality of the remake, which is very well done. I just didn’t like the gameplay, the game’s rigid structure, the monotony of wandering around lost in the city streets. I really enjoyed the third installment, Wages of War, and liked Shadows of Darkness even more until a bug stopped me in my tracks. I was playing the Windows version; I now know I should have installed the DOS version using the fan-made SierraHelp installers. Oh well, live and learn. 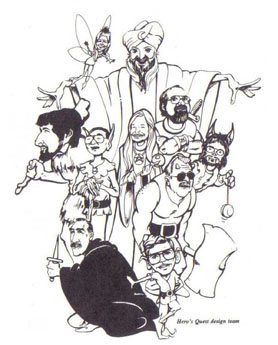 From a storytelling perspective, this series is different from Sierra’s other Quest games in that Lori and Corey came up with a big, multi-game story arc in the very beginning. In some ways their storytelling process reminds me of how Telltale’s designers come up with a basic season-wide storyline ahead of time, then flesh it out as they design each episode. Since this series did have a planned-out ending that the Coles were working toward, the ups and downs they experienced at Sierra—including the series’ cancellation and an unexpected opportunity to return to Sierra and create a finale under somewhat different circumstances—makes for an interesting story about the “good old days” of adventure game development in the 1990s. And if you go out and buy the magazine, you can read all about it!

Sunbathing with a bone