This announcement excites me on so many levels. AGD Interactive put out remakes of the first two King’s Quest games in the early 2000s, right around when I was getting back into adventure games after checking out during my college years, during which time the genre up and “died.” I loved that there were fans out there who still loved those old games as much as I did, and also had the talent and motivation to retouch them for a more modern age. 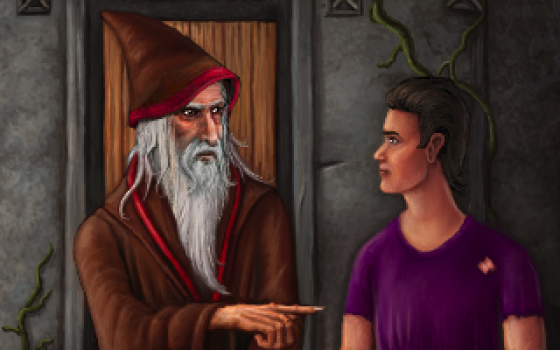 “Gwydion, I have decided to take a journey…”

For the better part of a decade, it seemed like that’s all we would get out of AGDI (with the exception of a remake of Quest for Glory II—an incredible undertaking, but doesn’t have that special place in my heart like King’s Quest). Then this weekend, out of the blue, they announced that they’ve been secretly working on a King’s Quest III remake since 2002 and it’s just about ready for prime time. It’ll be out for PC and Mac in February. 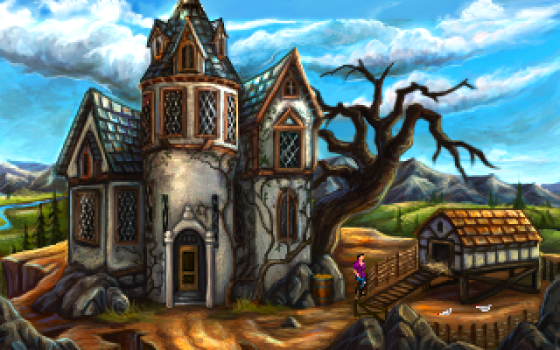 I first played King’s Quest III at a friend’s house in 1989 or so. She didn’t like the game, as all she’d managed to do in it was perform chores for the wizard Manannan and get herself killed. Within half an hour, together we’d figured out how to open the trap door in the floor that led down to the wizard’s lab. I later got my hands on my own copy (literally… my sister’s boyfriend gave me a pirated version) and managed to get through it with help from one of those old timey hint books with invisible hints that could only be revealed with a “magic pen.” I remember sitting with my mom at the Apple IIGS one morning before school, trying to figure out how to complete the cat cookie spell when, inexplicably, the instructions in the manual didn’t work. 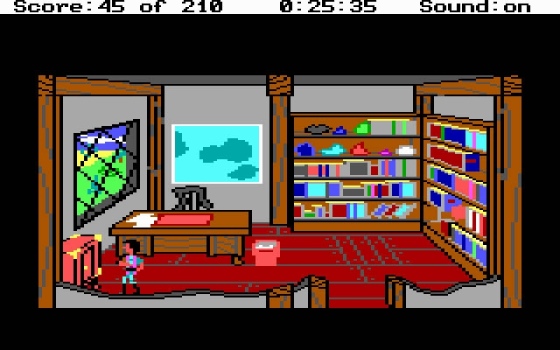 Note to self: In an adventure game, floorboards running in the opposite direction *always* point to the existence of a trap door.

Many years later, when I replayed King’s Quest III to review it for Adventure Gamers, I was pleasantly surprised by the game’s innovations from a structural and storytelling perspective. This was the first of the KQ games that truly attempted to tell a story and its gameplay was fairly well integrated into that story, as opposed to the random collection of unrelated puzzles and characters that had populated the first two.

I already know from interacting with them over the years that the folks at AGDI are a bunch of dedicated perfectionists who care deeply about the games they make. So it’s not really surprising that they’ve been working on a KQ3 remake on the sly all this time, nor is it surprising that it looks awesome. While the story changes aren’t as radical as in their KQ2 remake, they have beefed up the gameplay a bit and continued a subplot they introduced in the KQ2 remake involving “The Father,” a shady guy who plays a role in Daventry’s history and ties together all of the King’s Quest games in a way that feels totally organic. All of AGDI’s games have been a labor of love and as a Sierra fan, I’m really thankful for their vision and their persistence. 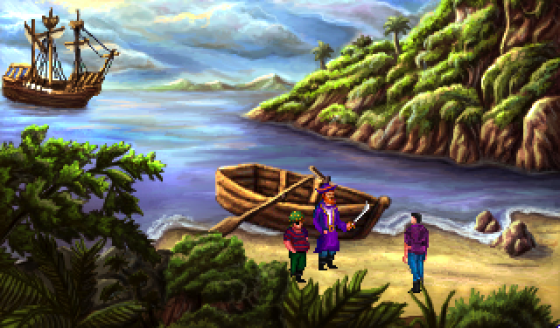 Unfortunately this will be the last AGDI remake, but the team is now turning their attention to commercial games, so that can only mean more good things to come. If you’re a Sierra fan and you haven’t played the first two remakes yet, you have no excuse—go play them! That way you’ll be all caught up when King’s Quest III Redux comes in February.