Quest for Glory behind the scenes article is now online 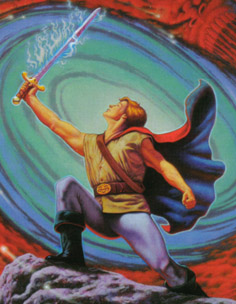 GamesTM has just posted my Quest for Glory behind the scenes article on their website. This article ran in the magazine about a year ago. It was super fun to write (mainly because Lori Cole gave a kick-ass interview) and I’m excited that even more people will get a chance to read it now!

The article chronicles the rise and fall of Sierra’s Quest for Glory series between its debut in the late 80s and its conclusion a decade later. I said a bit more about it here. (But it’s silly to read that old blog post when you could read the article instead…)

Speaking of GamesTM and Sierra retrospectives, I have a similar article in the current issue, this time about Gabriel Knight. I haven’t seen it yet but my copy is in the mail, so as soon as it gets here I’ll post some more info. The issue number is 106 and it’s on sale in the UK now.