This month has flown by, thanks to two weeks of house guests and a super exciting PR project that I’m dying to talk about but have to keep secret a few more days. Before all of this, though, was the Game Developers Conference, where I saw some great games, heard some great panels, and (the best part) sat down with Tim Schafer for an awesome interview that I’ve since turned into a big feature article, slated to appear in print in a month or so. I’ll post more info about that (including where you can read it!) in the near future, but for now let’s just say it was a lot of fun to talk to him about the Kickstarter campaign heard round the world, his approach to making adventure games, and why the genre most certainly is not dead. 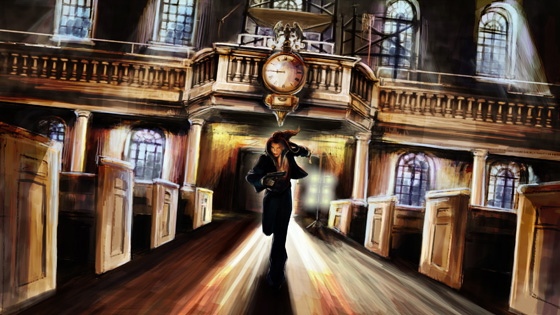 But I digress. (What else is new?) One of the first things I did at GDC was see Cognition: An Erica Reed Thriller, and my impressions went up on Adventure Gamers today. The game is being developed by Phoenix Online, the group behind The Silver Lining (for whom I have done PR in the past, but am not currently) and it’s looking pretty damn good. I think fans of crime games and especially of Jane Jensen’s Gabriel Knight: Sins of the Fathers will dig it (partly because Jane is acting as a story consultant on the project, but more because the Phoenix team are big fans of hers and it shows). The subject matter reminds me a bit of Still Life, too (another of my old favorites). In short, lots to look forward to.

Read all about it!