A long time ago in a galaxy far, far away, I made a chimney for the Queen Anne Rowhouse. Well, most of a chimney. I’m getting ready to shingle the roof, so I finally got around to making a top part of the chimney to go with the bottom.

I started by cutting two pieces of plywood from the same piece I used for the bottom of the chimney (so the width would be the same), using the miter box to create 45-degree angles at the bottom. The miter box was probably not the best way to do it but Geoff wasn’t around for power tool magic and I was impatient. 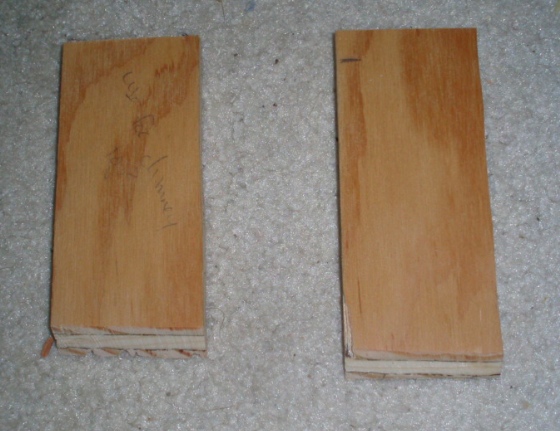 When put together, they look like this. I made the top of the chimney double wide, thinking that the bottom part is also (theoretically) double wide, but the inner half is inside of the wall. 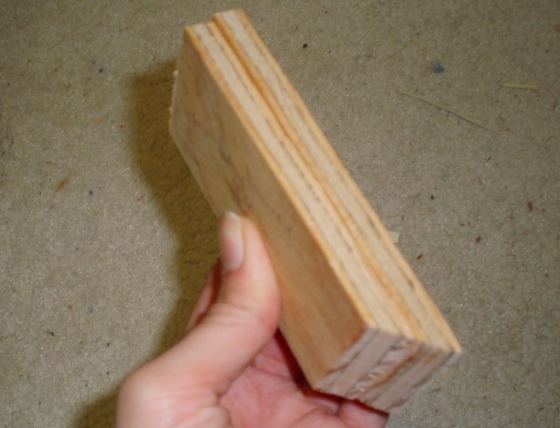 Here’s how it looks on the roof. Gets the job done. 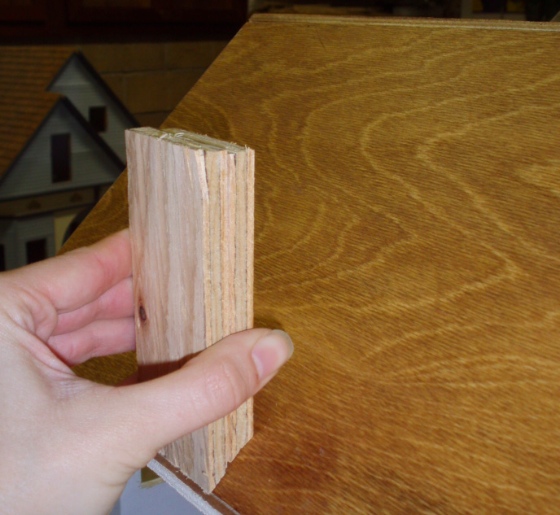 I glued the pieces together with wood glue and clamped them to dry. After they were dry, I used the disc sander to make the top level. (The sides would be covered up by egg cartons so I didn’t worry about them.) 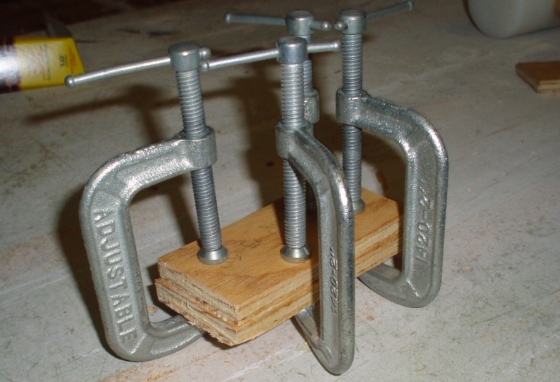 Next I painted the chimney gray (my go-to “grout” color for egg carton stones), along with some pieces of basswood to form a top to the chimney. The top edge of the plywood pieces was painted black.

The little basswood pieces form a border around the top of the chimney, giving the illusion of depth. 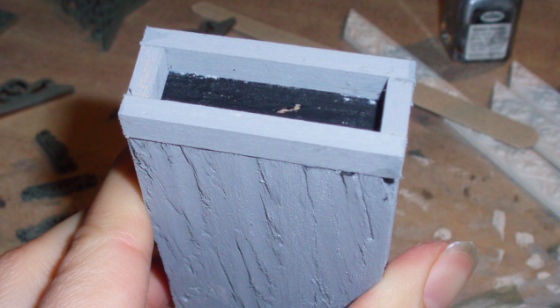 I used my usual egg carton stone process, starting by wrapping pieces around the top.

Didn’t bother taking pics of the stones-in-progress, but here’s the chimney covered with egg carton stones. (This is before painting — notice how “flat” the stones look compared to the finished chimney piece underneath!) Originally I planned to put the chimney in the middle of the hinged panel, but the siding doesn’t match up nicely at the seam and I decided offsetting the chimney would be a good way to hide this. 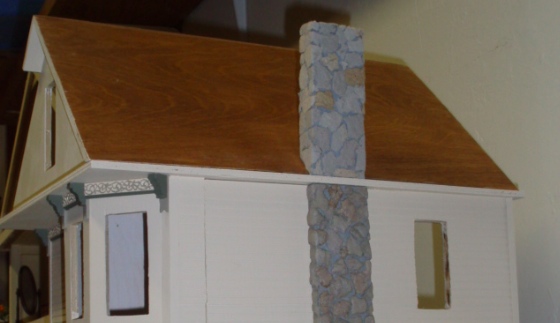 Here’s how it’ll look when the panel’s open. I’m planning to build a diagonal wall to close off the corner where the inner half of the chimney would (theoretically) be on the inside, with fireplaces on both floors. 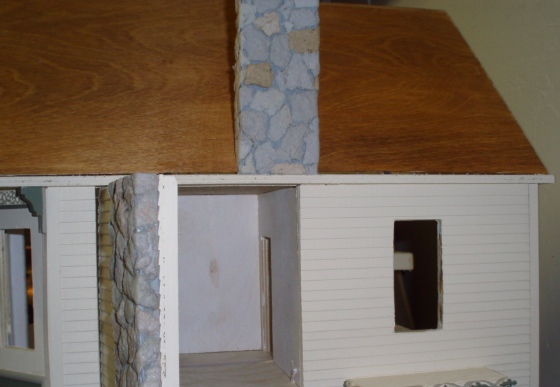 And here it is after painting and applying matte varnish. I still can’t get over how much these torn up scraps of egg carton look like stone. 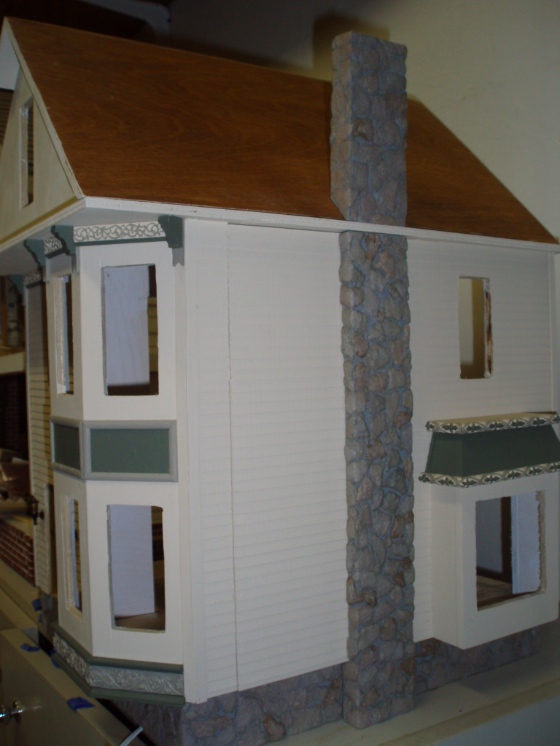 Hopefully the brain is tricked into seeing the chimney as one piece that extends up through the base of the roof. I plan to add a piece of trim over the exposed plywood edge… I can’t actually cover the edges of the chimney pieces with it since that would prevent the panel from swinging open, but I think there will be a good enough illusion of one continuous chimney when it’s all finished. 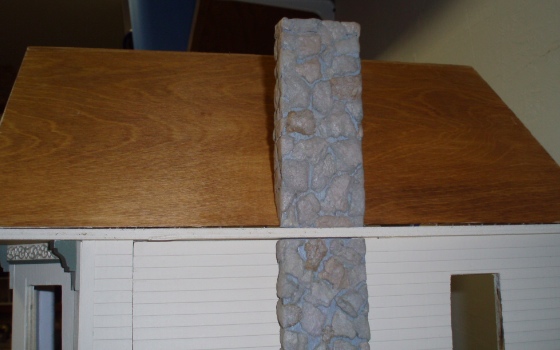 And here’s a glimpse of the top. I might add two chimney pots to make it more realistic. (I found a bunch made out of clay, but haven’t measured to see if any of these will fit. If not I guess I can make my own out of dowels.)

Ceilings and knee walls and carpets, oh my!