First of all, if Google brought you here, there is not (as far as I know) a My So-Called Life video game. That would be awesome. There is, however, a game coming out later this year named Gone Home, that any self-respecting My So-Called Life fan should check out. Adventure Gamers has just posted my early impressions of it. 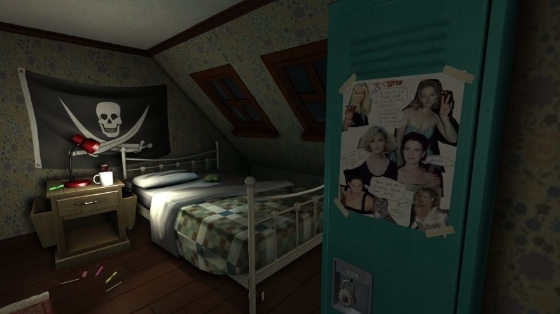 Gone Home is set in June 1995, a few months after My So-Called Life went off the air, and involves the period of time between September 1994 and June as experienced by a high school freshman named Samantha Greenbriar (aka Sam). Like Angela, Sam is rebelling and figuring out who she is. Red hair dye is involved. So is music—some of the same bands Angela listened to, even. (Buffalo Tom!!) This is a game that captures what it was like to be a teen girl in the mid-90s in a way I never expected, seeing as the team behind it previously worked on first-person shooters.

In Gone Home, you play as Sam’s older sister Katie, returning to the family’s house in Portland after a year in Europe. No one is home and Sam left a note on the front door pleading with Katie not to try to find out where she is. (Reverse psychology at work…) Throughout the house, clues are scattered that tell the story of what happened to Sam during that year—including her growing friendship with a senior named Lonnie, who’s sort of like Rayanne Graff and Jordan Catalano rolled into one.

(MSCL similarities aside, Gone Home also reminds me a bit of the YA novel Thirteen Reasons Why. Worth a read for anyone who has a soft spot for this type of drama.)

As a former teenager who maybe never completely recovered from those years, discovering a game that authentically tells a teenager’s story, set in 1995 (the year I turned 17), is—to put it mildly—surprising. Video games aren’t particularly good at representing “women’s stories.” (By that I mean stories that explore what it’s like to be a woman and resonate deeply with women—the equivalent of “women’s fiction,” which is a phrase I hate, but a genre I love whatever you call it.) My first novel (not yet published *cough*) was a young adult novel set in the summer of 1996. I have two My So-Called Life DVD box sets AND the original VHS tapes from when the show was on the air, and I’ve rewatched the entire seasons more times than I have fingers and toes to count on. In fact, any authentic show or movie about teens in high school—I’m there. If it’s about girls and set in the mid-nineties, all the better.

I guess I’m sort of shaken to realize that there are other people who feel the same way. People who work in the video game industry, no less. 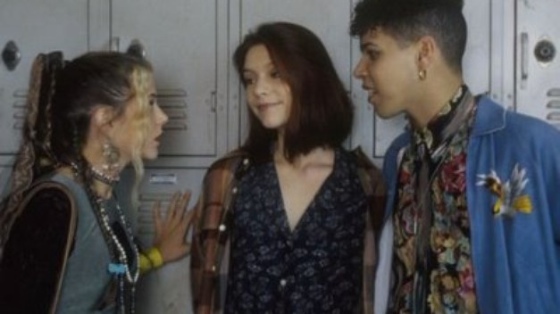 Anyway, the game’s not out yet and I’ve so far only played the first half of an early build, but as you might pick up from my preview, I’m pretty excited. I won’t go so far as to say this game will open up all new possibilities for the types of stories video games can tell because, well, almost twenty years after MSCL was canceled after only 19 episodes, there hasn’t been another show on TV quite like it. But I sure am glad this game exists, and I hope it’ll get some attention not only in gaming circles, but also among lapsed teens who consider Angela Chase an old friend.