Since posting my blog about the Little Belle dollhouse by Jim Marcus and Lew Kummerow, I have tracked down two more online. The first is in the Miniature Museum of Greater St. Louis. This museum acquired it from a Dallas mini museum that closed a few years ago, and they didn’t know what it was until they saw it on my blog. 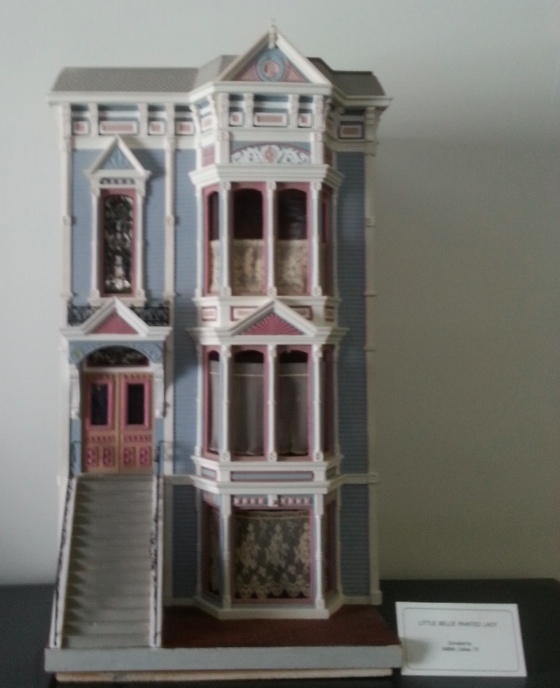 Finding the second one was a total fluke. Years ago I acquired a Victorianna half scale dollhouse (a discontinued, half scale version of Greenleaf’s wall-hanging McKinley) and I have always wanted to bash it with a second one to make a rowhouse two rooms deep, but the Victorianna is really hard to find. Over the weekend I won a second kit on eBay, which finally gave me an excuse to daydream about what the bash might look like.

I was searching for pictures of houses (and dollhouses) with bay windows to give myself ideas for the bash and, unbelievably, ran across a picture of a Little Belle on Pinterest. I can’t even remember what search terms I was using and haven’t been able to “find” it again, so clearly this was karma.

The picture linked back to an eBay auction from March 2014. Since that auction page will undoubtedly go away at some point, I grabbed the pictures, but because the house is unfinished it looks about like mine (no obvious damage to the facade, though). It sold for $391. 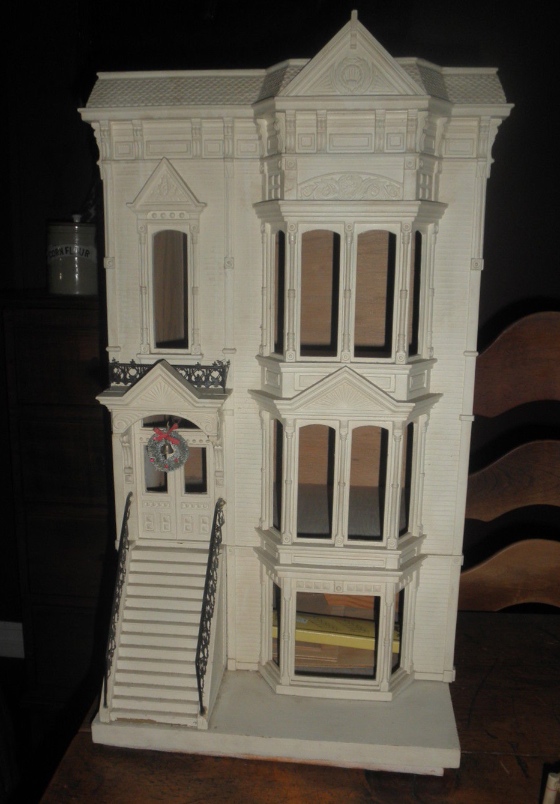 (Hey — if you bought this house and stumbled across this post looking for info about it, please contact me!)

The auction includes a great picture of the brass medallion that Barbara Kummerow told me was only attached to a few of the earliest houses. It’s hard to tell where this medallion is located… maybe on the *underside* of the base attached to the front of the house? I double checked and mine definitely doesn’t have one. 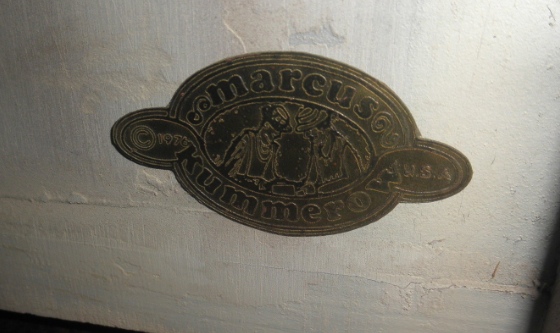 So: 1 Little Belle owned by me + 3 owned by others on the Half Scale Yahoo Group + 2 in museums (St. Louis and Kansas City) + 2 pictured in the June 1980 issue of Nutshell News + this eBay auction brings us to 9 Little Belles accounted for, out of a limited run of about 20. I’m still hoping to locate more…

Rosy vs. the tomato