I have been playing around with the Westville all week (and by “playing around,” I really mean “staring at it dreaming about how it’ll look when it’s done…”), but today I finally took pictures and got a bit more work done.

Last week, while sitting around dreaming about how it’ll look when it’s done, I decided to buy a door. I always have trouble with doors because I want them to open and close, but the hinges you can buy don’t look realistic. I checked the latest HBS catalog but all the Houseworks doors they offered were too tall (they would practically touch the porch roof, which just seemed like it would look funny). Then, last Saturday, Geoff and I had to run an errand that took us right past Shellie’s Minis, a great little store that I don’t get to very often. I ran in to buy the stairs I wanted for the Westville (the other dollhouse store didn’t have them in stock) and while I was there, checked out the doors.

Shellie had several Timberbrook doors that HBS doesn’t carry and one had a criss-cross grille that seemed like it would go perfectly with the Westville’s trim. I wasn’t sure about the dimensions, but it was shorter than the Houseworks doors I’d been looking at in the catalog, so I bought it. Turns out it’s a perfect fit! I just had to shave a tiny bit off the top of the door hole. 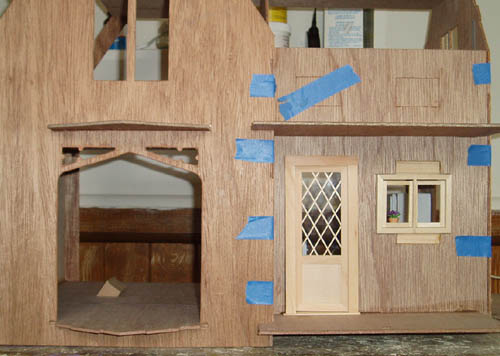 I also got started on the kitchen furniture. I built the table and chairs, modifying the pieces from the Realife dining room slightly. My table is a little larger and more rectangular than the one in the Nutshell News article, so I could fit four chairs. They fit perfectly in the bay window area. 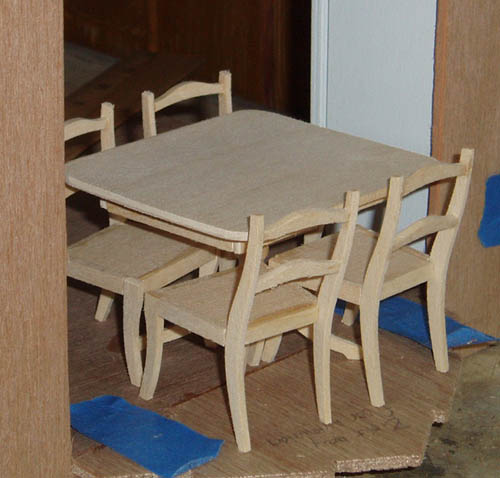 I have also been doing a lot of measuring to make sure I know which cabinets will fit against which walls. Luckily I have an assembled Realife kitchen in another house, which I was able to put in this one to see how well things would fit. Looks like I can get the sink and two other cabinets under the window. I plan to have two more cabinets, the stove, and the little island with the stool underneath (as shown in the Nutshell News article) on the right-hand wall. 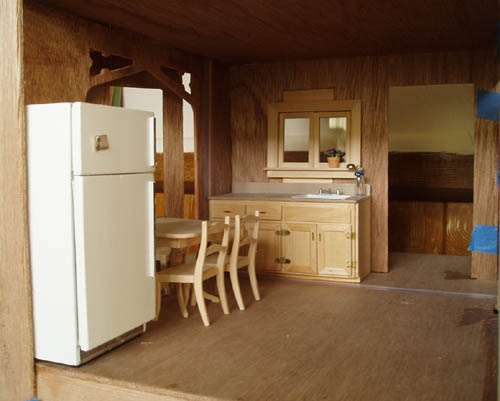 The Houseworks stairs fit perfectly. I have added a little bit of wall in the kitchen so the stairs don’t jut into the doorway. I also added a bit of plywood to the top of the doorway so it would be consistent with the height of the kitchen door. These are taped in right now, but I’ll glue them eventually. 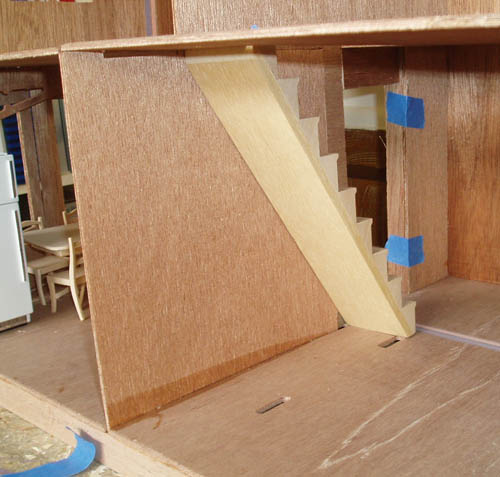 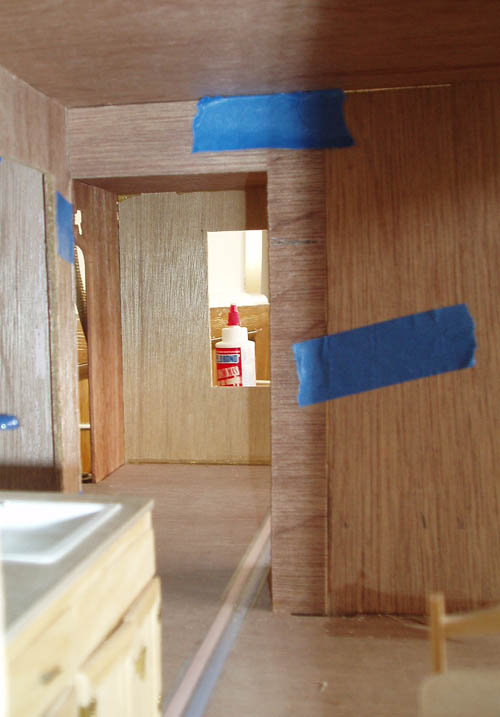 I am planning to assemble some kitchen cabinets tomorrow. Today I went back to the instructions and assembled a bay window (started to, anyway). I have not glued the bay to the house yet because I want to paper the walls and paint the ceiling first. (I still have to attach the little side pieces, too.) I’m going to hold off on the living room bay for now because the top and bottom are already attached. I’m not exactly sure how to handle that one, yet. I should at least paint the ceiling and the trim before putting the walls up. 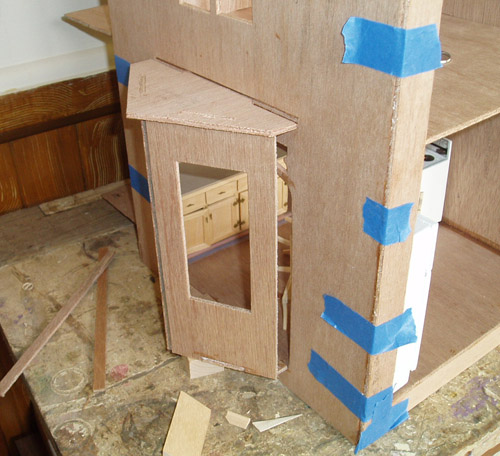 The next instructions were for window trim, which I’m obviously not ready for since I haven’t painted anything yet. So, I moved on to siding. I’m using Houseworks siding instead of the strips that came with the kit. It’s pretty easy to put on… just cut it to size and glue! I’m not going to do the part around the bays just yet, but the rest of the walls are fair game. 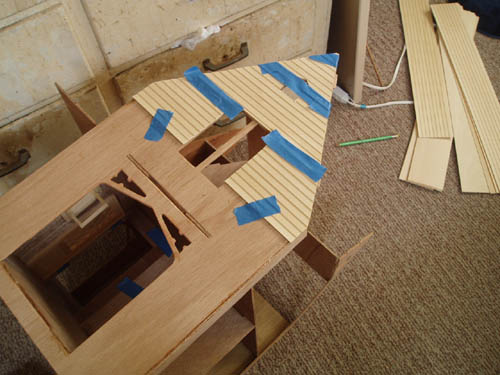 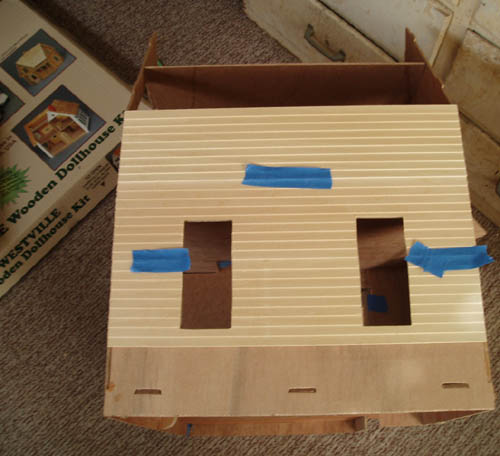 Hopefully tomorrow I’ll have some pictures of kitchen cabinets.