My orders from Dollshouse.com and HBS arrived. I ordered some furniture, as well as the lights. So, the time had come to tackle the electricity. I’m glad Geoff was there… he knew exactly what he was doing!

Looks simple, huh? Near the stair hole, it’s attached to the piece of tapewire that’s running under the wallpaper.

It’s definitely not the most stable system. We stuck down the tapewire that was running up the wall, and overlapped it with the piece running across the floor. I’m using an AC converter so the pink and blue wires don’t need to line up. We used metal brads to connect the two pieces of tapewire. Geoff did all the work to connect the transformer to the wire at the bottom of the house (under the first floor). Then we cut the outlets off the lights, spliced and stripped the ends of the wires, and wrapped the wires around brads. These got pushed into the tapewire to make a connection. Geoff did the first light, and I did the rest. 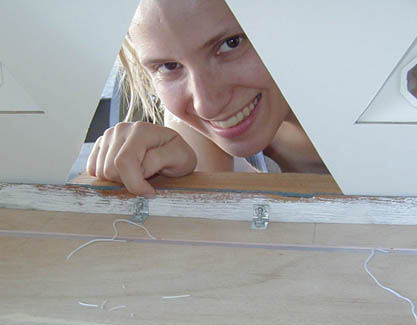 Let there be light! Geoff drilled a tiny hole in the ceiling behind this lamp. The wire runs through that hole and to the tapewire on the second floor. Note the shadow of the window on the opposite wall… just like a real house! 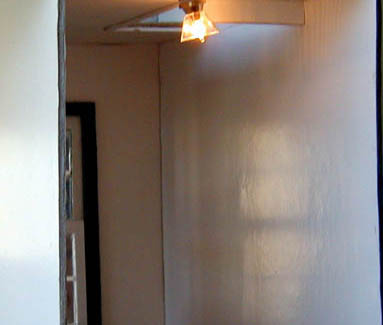 Here are some more pictures of the house, lit up and semi-furnished. I’m going to add a wall light to the bathroom before I put the flooring down. 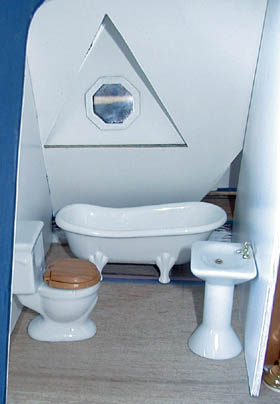 Made a bit of a mess with the wires. They were hard to loop around the brads and broke a lot, so I had to keep stripping them. Luckily I managed to connect them all without running out of wire! The ends of the wires are taped down with scotch tape. All this will be covered by the hardwood floor. 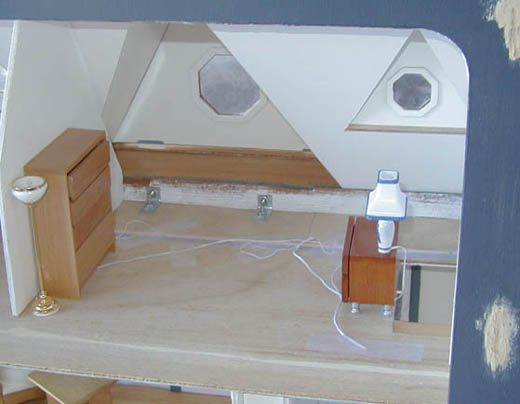 A rough layout for the living room. I wanted that chair and table to go upstairs, but there’s not enough space. I might end up moving them to another house so a couch can fit in here. I may make the wooden box thingie against the wall into an entertainment center, but haven’t decided yet. 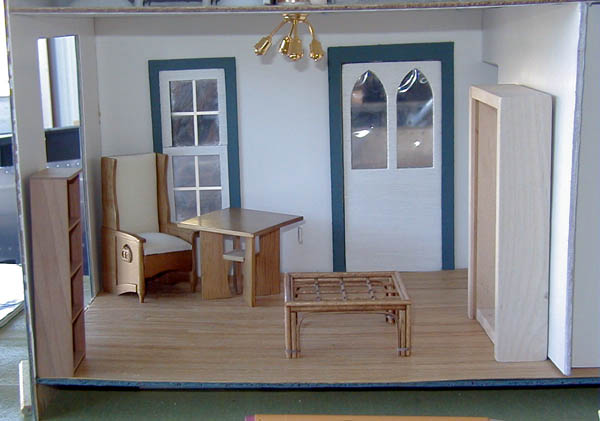 This is still my favorite room in the house. 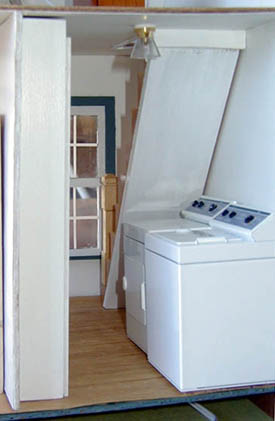 The big picture. The dormer still hasn’t been glued in, but that’s one of the last things I have to do. 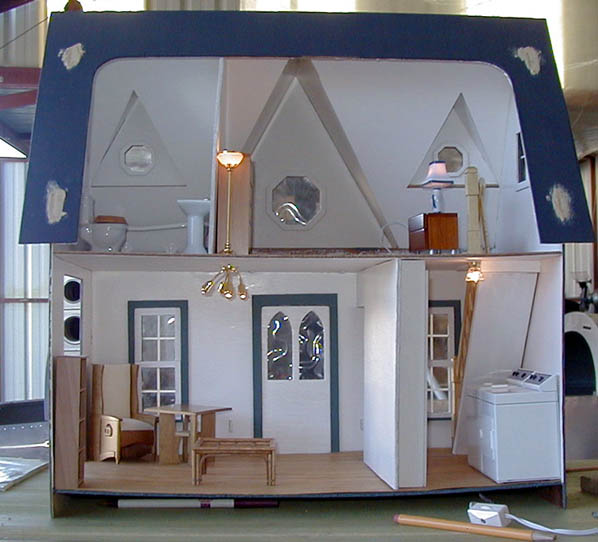 I also redid the railing for the stairs, this time gluing the spindles into the railing itself. Spacing them correctly was a little tricky, but I managed. 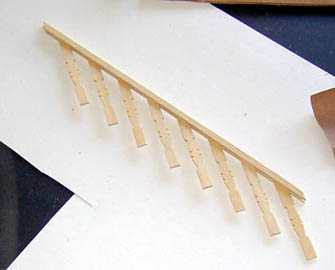 These railings to go around the stair hole… don’t want the little people falling to their deaths! 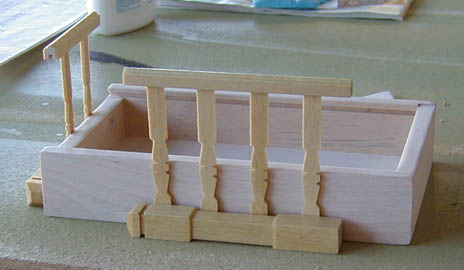 So, the end is near! Starting to think about where in my tiny apartment I’m going to put this thing…