Dollhouses, Trains, and More. The flowers cost around $1 each (the price varied a little depending on the type of flower). They weren’t marked as half scale but by holding them up against the half scale vase, we were able to pick flowers that looked about the right size. Then we picked up some plastic flowers and grass at the Dollar Store. 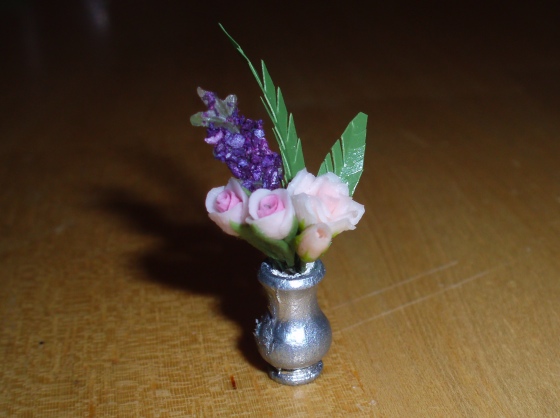 The fern-like leaves were made by cutting slits into small pieces of “grass.” For the flower arrangement, I used super glue to attach wires to the leaves, then stuck them (along with the pre-made roses and a sprig of purple) into a tiny ball of clay shoved down into the vase. The clay is air drying, so in theory it will harden and hold everything in place. 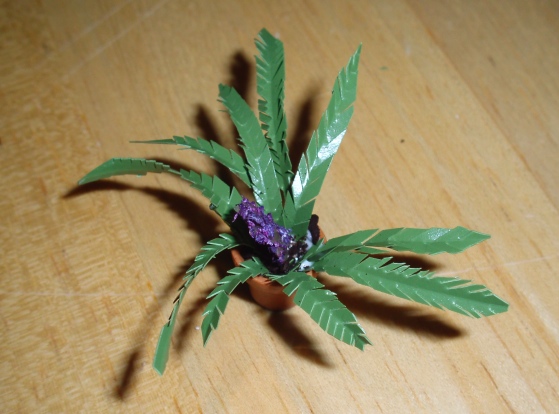 The leaves for this fern were made the same way. My mom squirted tacky glue into the pot to hold the leaves and flower in place. We topped it off with coffee grounds to look like soil. 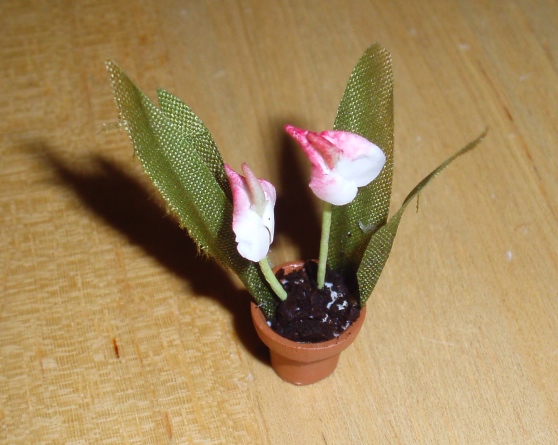 These leaves were cut from the leafy part of the purple Dollar Store flowers. This one has glue in the pot to hold the leaves in as well, but the orchids kept slumping over so we stuck them into a bead of clay and pushed that down into the pot. The clay helps the orchids stand up straight and it also pushed the leaves up against the inside of the pot so they didn’t slide around while it dried. The soil is again made from coffee grounds.

This was a quick project that only took about an hour. I have tons of the purple flowers and grass left over, so I’ll probably be making more of these at some point…