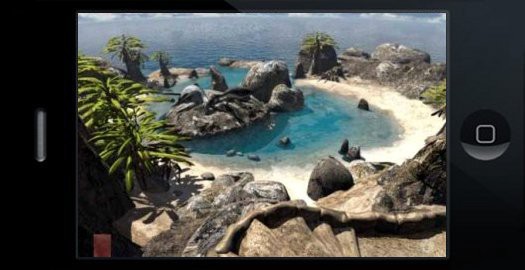 The second installment of Eye on iPhone is now up at Adventure Gamers. This time around I looked at several “oldies” (the recent Broken Sword rereleases, Riven, and Colossal Cave Adventure) plus and a short-but-sweet new puzzle game named The Secret of Grisly Manor.

Colossal Cave Adventure was the first adventure game ever, and I’d never played it, so having an excuse to check that out was probably the highlight for me while working on this article. I’ve never been as big a Broken Sword fan as some (probably because I wasn’t even aware of them in their heyday) and Riven was way too hard for me (either that, or I’m way too lazy for it). Even so, the iOS ports are worth checking out—especially if you have fond memories of playing these games on PC. And Grisly Manor is a lot of fun, if painfully short. All in all, a good round-up for adventure gamers who are looking for some worthwhile distractions in the App Store.

I have to admit, however, that in spite of discovering a surprising number of great adventure games for my iPod Touch, at this point I’ve probably clocked the most hours on Tetris, Scrabble, and Monopoly (got them for $0.99 each over Christmas). Sometimes all a girl wants is some stupid repetitive fun. Plus, winning in Scrabble makes me feel much smarter than floundering around in Riven.

But I digress. Go read it!