Last year, I stumbled across a Jackie Deiber pull-apart dollhouse on eBay and snapped it up. I’d never seen one of these before, and haven’t seen one since… until last weekend, when this beauty popped up on eBay. 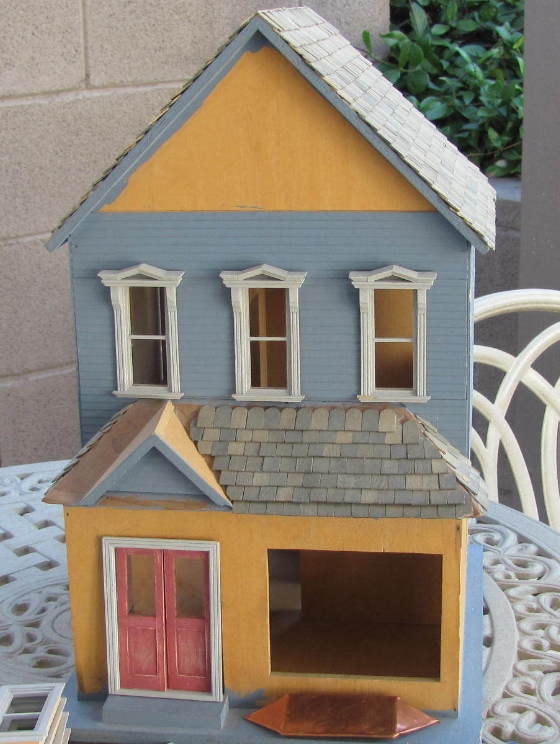 No, I didn’t *need* it. (Especially not with the Little Belle and Bauder Pine cottage waiting in the wings, not to mention the free Mary Engelbreit themed Arthur that somehow ended up in my car during a road trip to Portland…) I spent the whole weekend talking myself out of it. But then Monday came, and I got paid for a freelance job, and the money was just sitting there in my PayPal account with these sad, puppy dog eyes…

Err, yeah, anyway, here’s a photo of how the house looks finished: 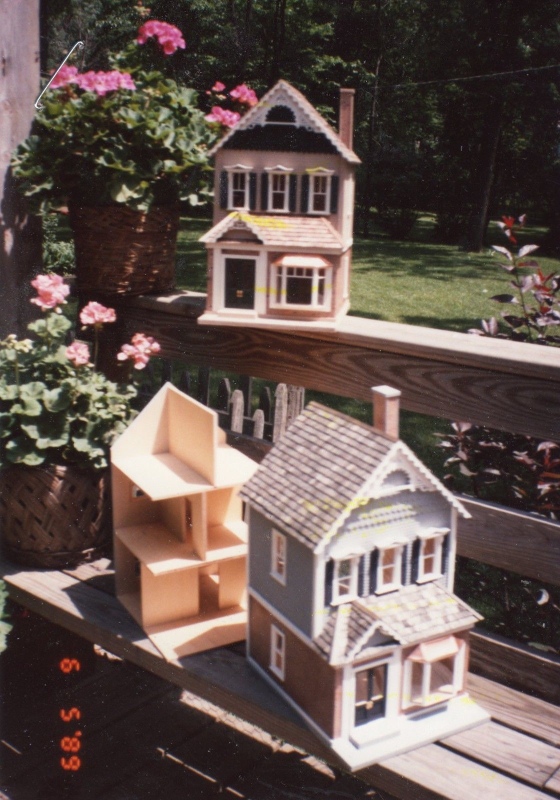 Windows, shutters, etc. came with it. 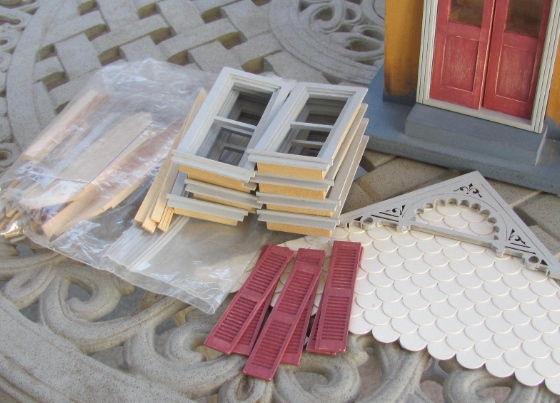 It’s already painted and I like the color, so I think I’ll try to match it (some touching up is needed). The seller did include brick sheets like the brick that came with the Gull Bay, but one sheet has some blue paint on it that I’m not sure what to do about. I might try aging it with gray stain like I did the bricks on the Gull Bay, just to see what happens, but if I can’t salvage it I’ll have to find another option. Maybe egg carton brick, or even the egg carton stone I’m so fond of for foundations. 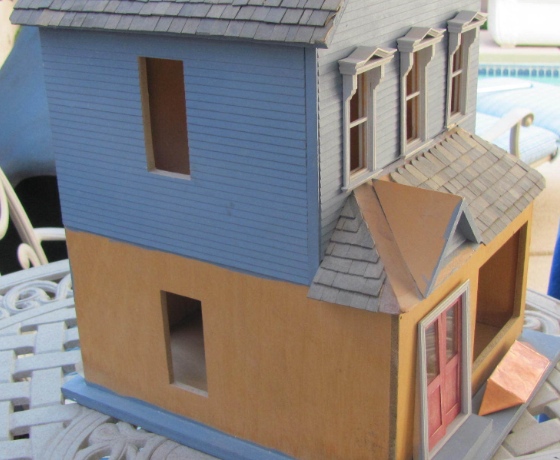 There are eight rooms inside. The angled windows in the attic aren’t part of the original design, they were added. 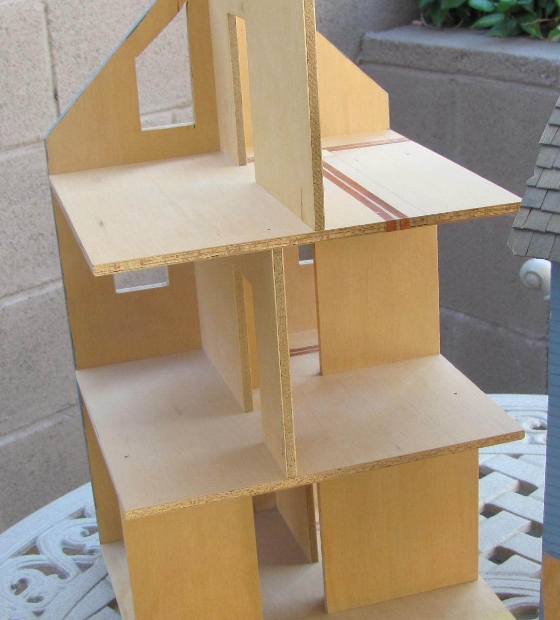 Here it is next to my Queen Anne Rowhouse, for a size comparison. I’ve emailed Jackie to find out if this house has an official name, but for now I’m thinking of it as the Townhouse. 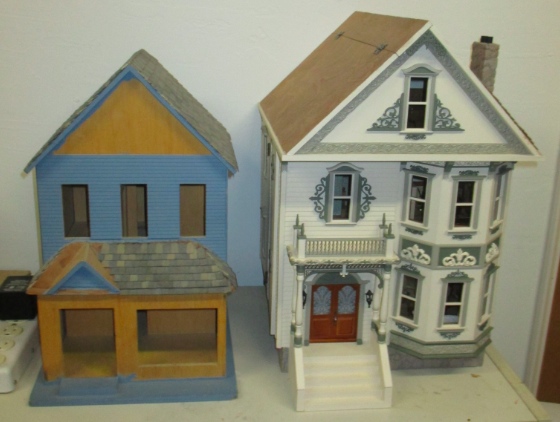 I’ll use resin furniture inside like I did in the Gull Bay, but might get a little more creative with wallpaper instead of doing all white walls this time. 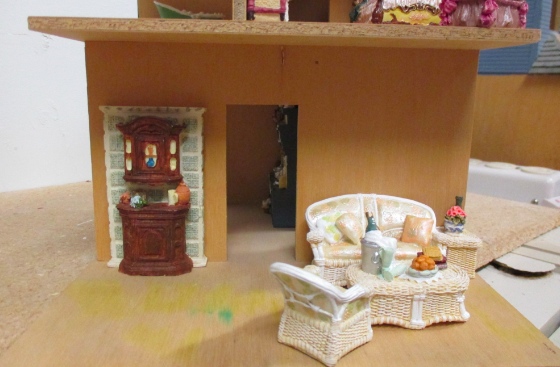 I haven’t decided about electricity. It’s already started but with non-color coded wires, which I could see myself messing up, so if I do electrify it I should probably start over. 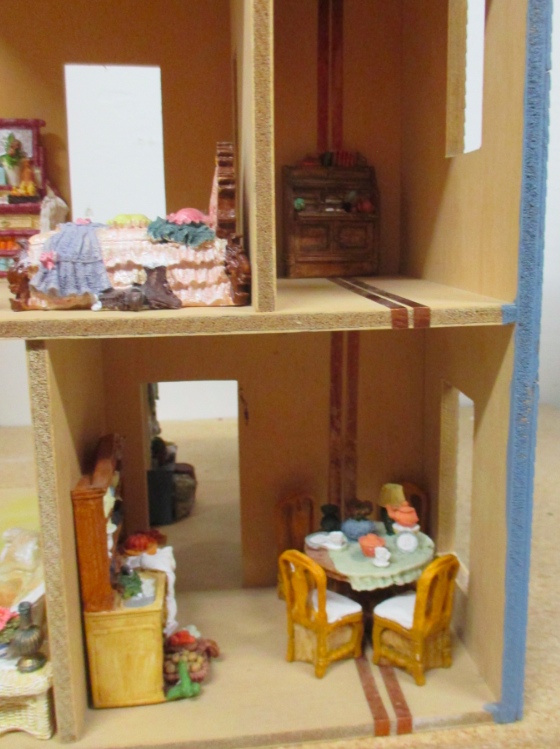 Besides having more rooms than the Gull Bay, they’re all different sizes and shapes. There’s actually less space for furniture arranging on the second floor… 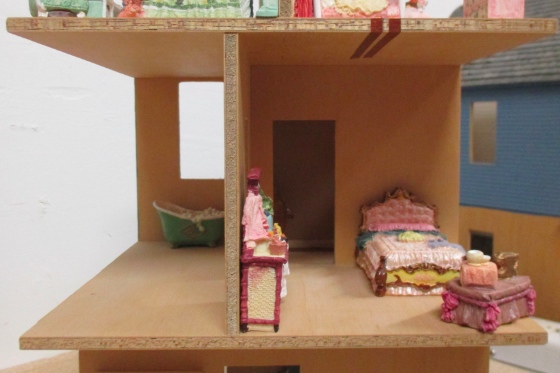 …but lots on the third floor! I think I’m going to make both of these kids’ rooms, since I have two kid bedroom sets that fit well. 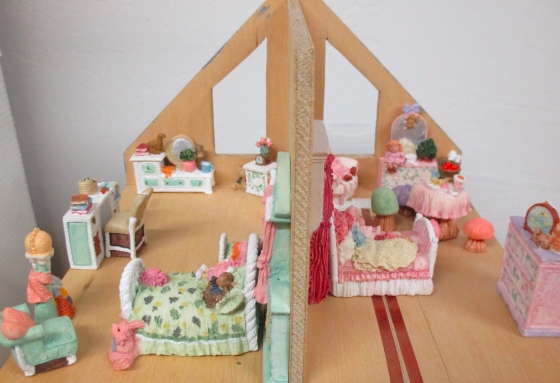 ps – I’ve been working on the barrel tiles on the Artist’s Cottage roof for what feels like forever. Almost done!

Twilight porch vignette in half scale