When Geoff and I cleaned up the base of the Tomy dollhouse, we pulled up the grass. I didn’t want to but it was getting ratty, and he wanted to hose off the whole base after scraping off all the old flooring paper, so the grass had to go. Just like sprucing up a real house, it’s now time to roll out some new sod.

I started by cutting a piece of foamcore to fit in the space where the grass used to be. The replacement grass I have isn’t as tall as the old grass so the foamcore is needed to add height.

I covered this with a Lemax grass sheet. I glued it down but also added masking tape to hold the edges down. This is the side that gets glued in so it won’t be visible.

This is the same grass I used on the Rosedale and it’s kind of awful — the “grass” sluffs right off, leaving behind patches of the flat green backing.

The thin spots are especially bad on the edges and corners. 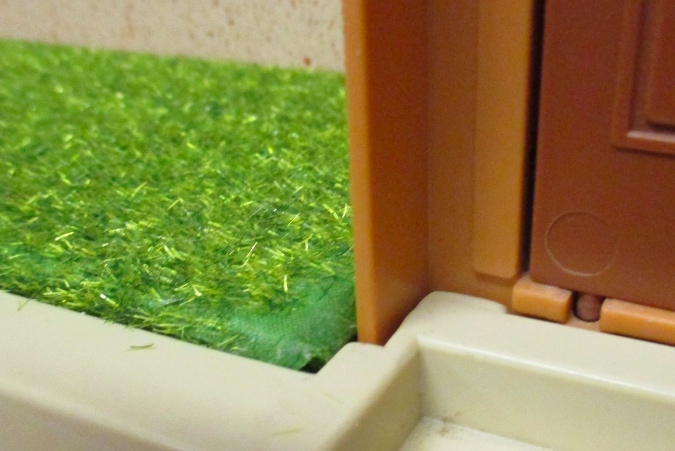 I took the grass outside and applied spray mount, then sprinkled on crumb-like model grass leftover from the Rosedale.

Here’s how that looks. 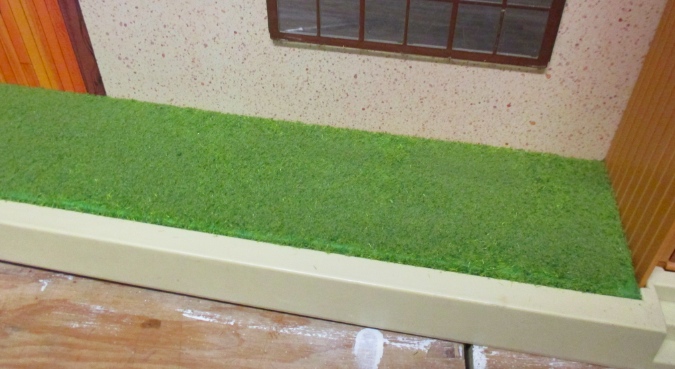 After gluing the grass-covered foamcore to the base, I added more of the crumb grass to the thin spots on the edges. To do this, first I brush on the glue. Then I sprinkle grass behind the glue line, and use a piece of scrap wood to sweep it onto the wet glue. 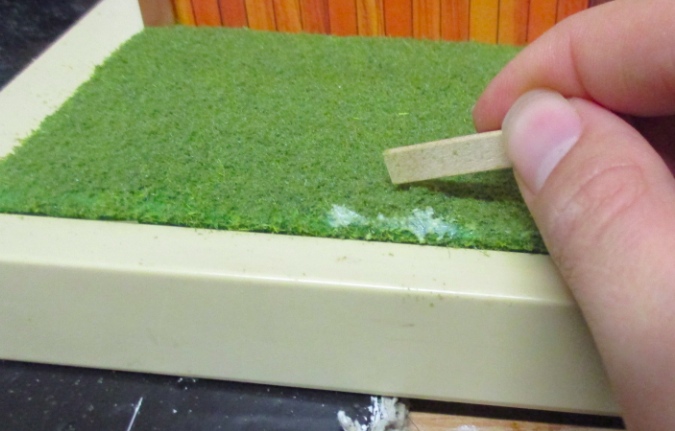 Some ends up outside the lines. I blow off the excess, always forgetting to close my eyes first and inevitably getting grass crumbs in my eyes. 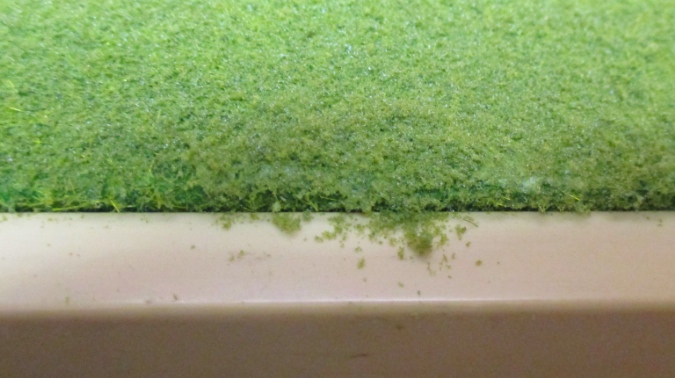 There, nice and clean. 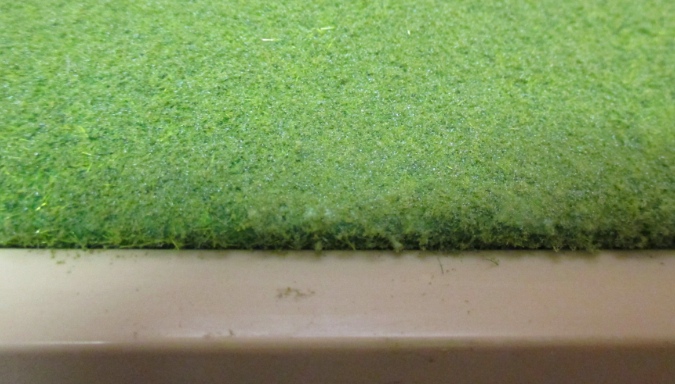 Here’s how it turned out. The glue is still wet in this picture so the edge looks gloppier than it will once the glue dries. If it still looks skimpy I’ll just add some more grass crumbs.

I like that this house has a strip of grass in front of it, but it’s always seemed kind of astro-turfy to me — even more so now, since the grass I’m using has less definition. I might add some shrubbery or plants at a later date. 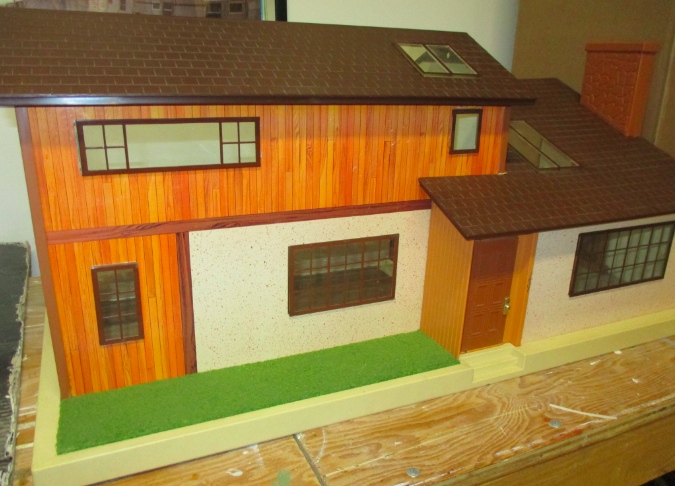 The other change I made to the front of the house was replace the original house number, which looks pretty fake. 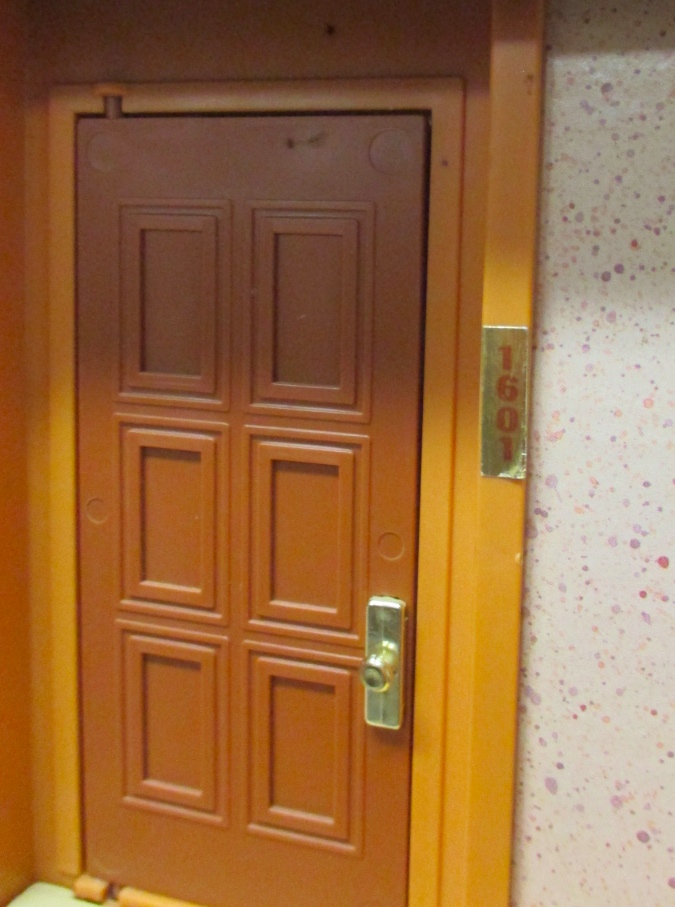 When I add a number to a dollhouse, I usually pick one that signifies the date when the house was finished, but in this case I kept it as 1601 for authenticity. 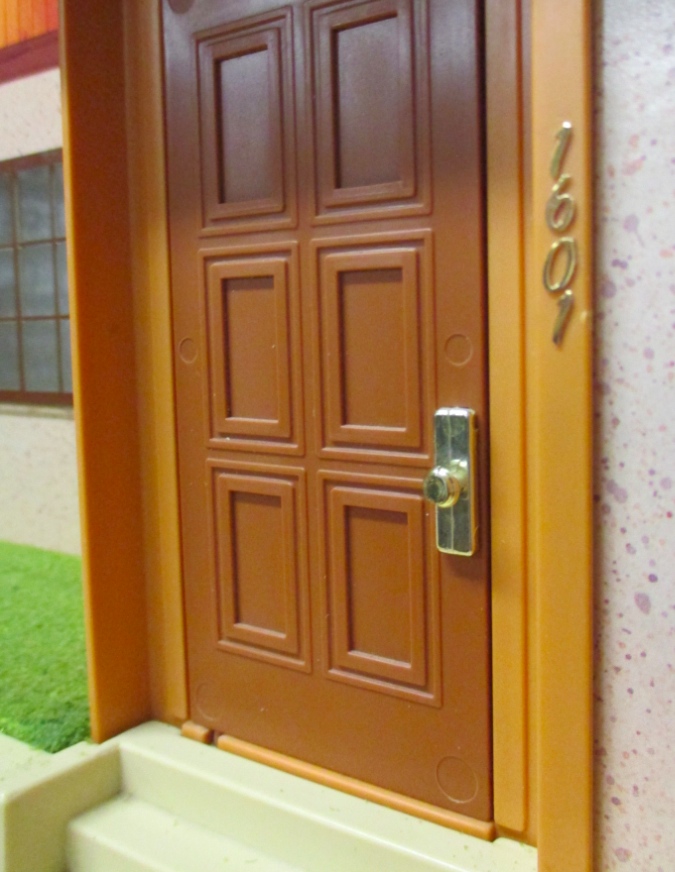 Now if I *really* wanted to give it a facelift I could repaper the front, but then it wouldn’t look like a Tomy house anymore… 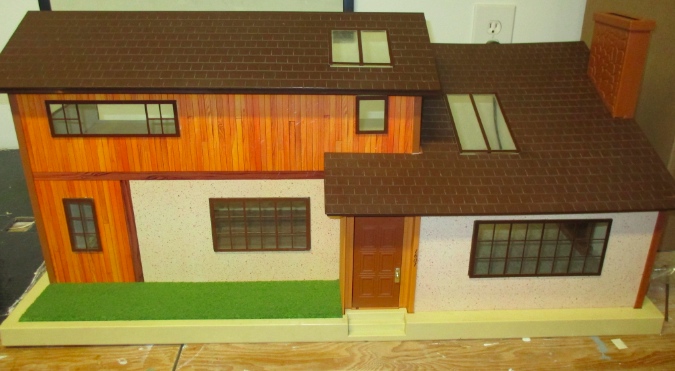