Every year like clockwork, ducks show up in my swimming pool. They hang out for about six weeks, hatch a gaggle of babies, and then waddle off into the sunset–with a little help, because once baby ducks get in the pool they can’t get out again.

This year, it happened twice: one pair of ducks showed up in February, and a week after their ducklings hatched in April, another pair moved in.

The first batch had six babies. 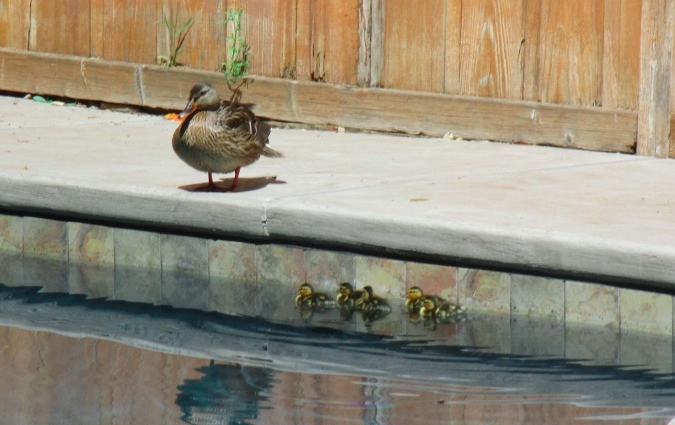 After six years of this, we have duck rescue down to a science: first fish them out with the pool net, then deposit them near the fence so they can jump through to the other side.

The second batch was bigger — ten I think, but I didn’t get a good count. This time the nest was right by the wall so I was able to get a picture before they headed for the pool. 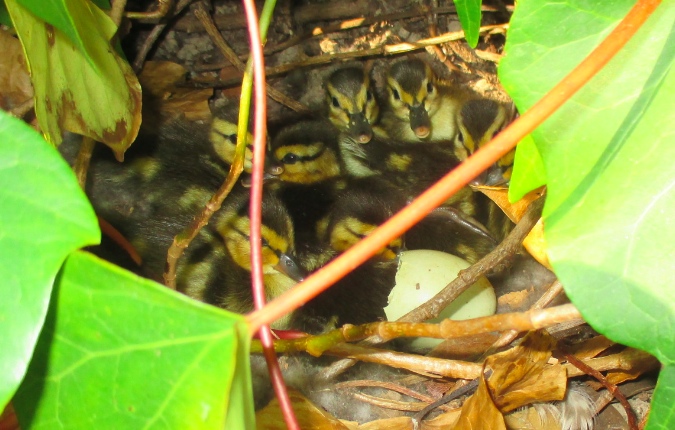 Everybody into the pool!

Rosy does not like the ducks in her territory. After the little ones were evacuated, she inspected the area thoroughly, then peed nearby for good measure. 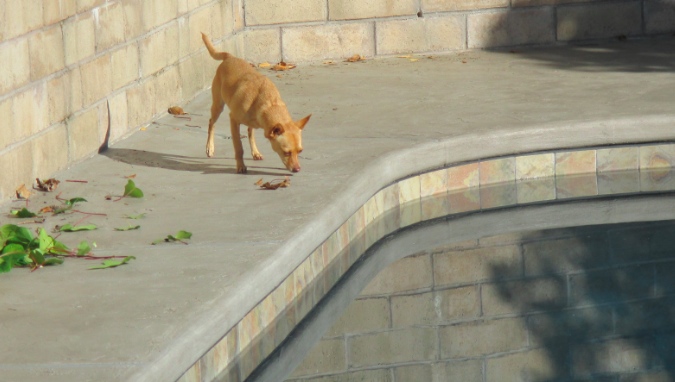 Usually they walk up into the open space behind the house, but for some reason this mama decided to lead her babies down past my neighbor’s yard. I caught their cat snooping around a few minutes after this, but by then I couldn’t see where the ducks had gone. Hopefully the cat couldn’t, either. 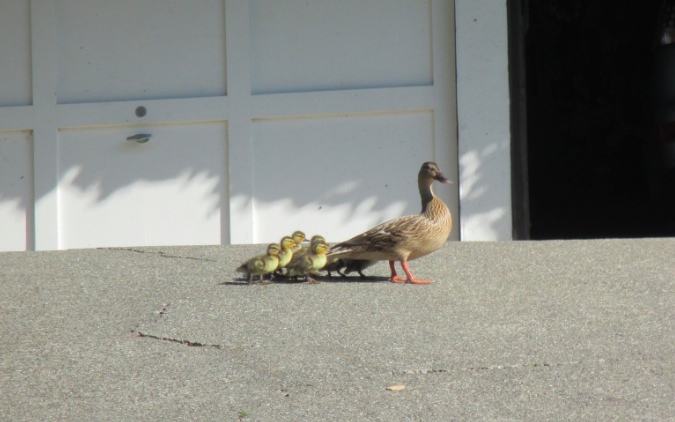